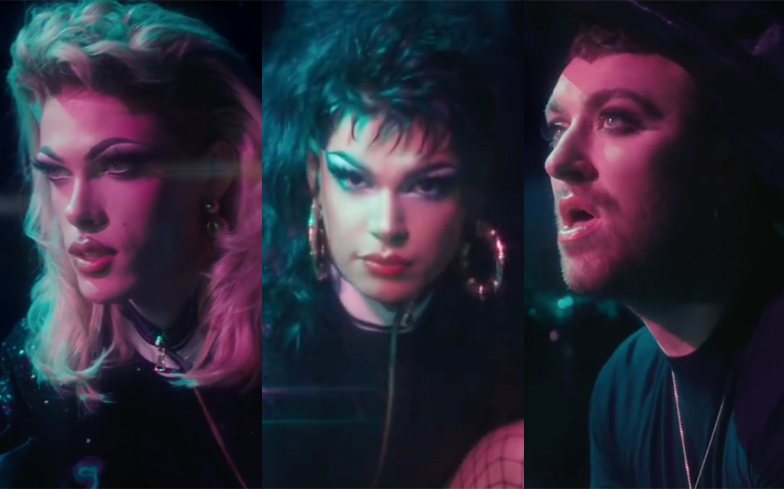 Sam Smith and Demi Lovato are repping Team LGBTQ in the music video for I’m Ready.

”The video celebrates LQBTQ in all its forms,” Sam said in a statement. “I don’t know if you’re queer like me, but for someone who is, sports might be frightening, a trigger. So to be an athlete in a music video with Demi Lovato was amazing.”

In a FaceTime interview with Zane Lowe on New Music Daily for Apple Music, the British singer-songwriter said they were nervous to release the song because it’s about “reaching for the stars” and “almost sounds like a bit of musical theatre”.

They admitted: “Like it feels cheesy at times. And I’m trying to own that because that is a genuine feeling that comes out sometimes in the studio. And it’s fun. It’s really fun to go to that place.”

I’m Ready is the latest single taken from Sam’s upcoming third studio album, following their Normani collaboration Dancing With A Stranger, dance-pop anthem How Do You Sleep, their Calvin Harris duet No Promises and ballad To Die For.