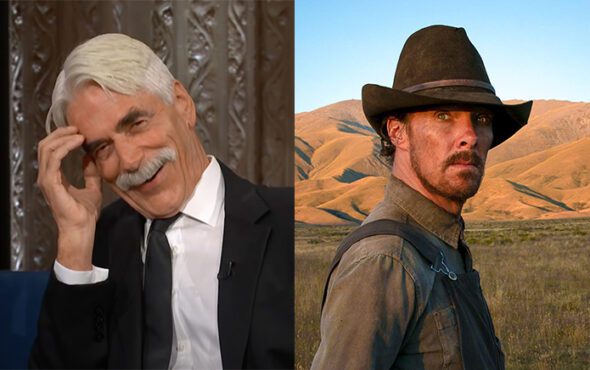 Sam Elliott actor called The Power of the Dog a “piece of shit” movie during an appearance on the WTF with Marc Maron podcast.

“You want to talk about the piece of shit,” he said when asked if he’d seen it.

The Power of the Dog stars Benedict Cumberbatch as Phil Burbank, a “sadistic rancher” who gets into a relationship with Peter (Kodi Smit-McPhee).

“That’s what all these fucking cowboys in that movie look like,” Elliott added, appearing to mock the characters. “They’re all running around in chaps and no shirts.”

The Lifeguard star then criticised what he viewed as “all these allusions to homosexuality throughout the fucking movie.”

During the episode, which was released on 28 February, Maron attempted to tell the guest what the film was really about – though his attention quickly turned to its director, Jane Campion.

“And why in the fuck does she shoot this movie in New Zealand and call it Montana and say, ‘This is the way it was.’ That fucking rubbed me the wrong way, pal.”

To make his feelings about The Power of the Dog crystal clear, Elliott concluded: “Boy, when I fucking saw that, I thought, ‘What the fuck? Where are we in this world today?’”

The podcast host then remarked that he was unsure if “that’s the biggest issue at hand” right now.

The Power of the Dog was released on 17 November with a very limited theatrical run before being made available on Netflix on 1 December.

You can view the trailer below or by clicking here.