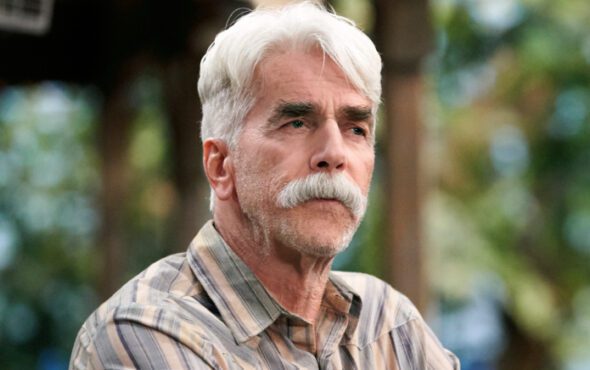 Sam Elliott has issued an apology for his comments regarding The Power of the Dog.

Back in March, Elliott made headlines when he slammed the Jane Campion directed film during an interview with podcaster Marc Maron.

“You want to talk about the piece of shit,” he said when asked about the movie.

He went on to mock the characters’ costumes and seemingly compared them to Chippendale dancers.

“That’s what all these fucking cowboys in that movie look like. They’re all running around in chaps and no shirts,” Elliott said.

Since his appearance on the show, the Road House star has received immense backlash for his harsh comments.

During an appearance at Deadline’s Contenders TV event, the 77-year-old apologised to the film’s cast and crew in his first statement since the interview.

“I want to apologise to the cast of The Power of the Dog, brilliant actors all,” he explained. “And in particular Benedict Cumberbatch, I can only say that I’m sorry and I am. I am.”

He went on to say that he wasn’t “very articulate” with his answer before he apologised to the queer community.

“And I said some things that hurt people, and I feel terrible about that. The gay community has been incredible to me my entire career,” he told Deadline.

“Friends on every level and every job description up until today. I’m sorry I hurt any of those friends and someone that I loved. And anyone else by the words that I used.”

During the aforementioned podcast, he criticised the film’s “allusions to homosexuality” throughout the movie.

“I’m trying very hard not to say anything about a very odd reaction that happened the other day on a radio podcast over here without meaning to stir up the ashes of that,” he explained.

“I don’t want to get into the details of it… but somebody really took offence to — I haven’t heard it, so it’s unfair for me to comment in detail on it — to the West being portrayed in this way.”

The Doctor Strange 2 star then said, “These people still exist in our world,” before stating: “There is aggression and anger and frustration and an inability to control or know who you are in that moment that causes damage to that person and, as we know, damage to those around them.”

Cumberbatch wasn’t the only person to comment on Elliott’s opinions.

During a March interview with Deadline, Campion described the actor’s comments as “unfortunate.”

“I think it’s really unfortunate and sad for him because he’s really hit the trifecta of misogyny and xenophobia and homophobia,” she explained. “I don’t like that. I think he was being a little bit of a b-i-t-c-h. Plus, he’s not a cowboy, he’s an actor.”