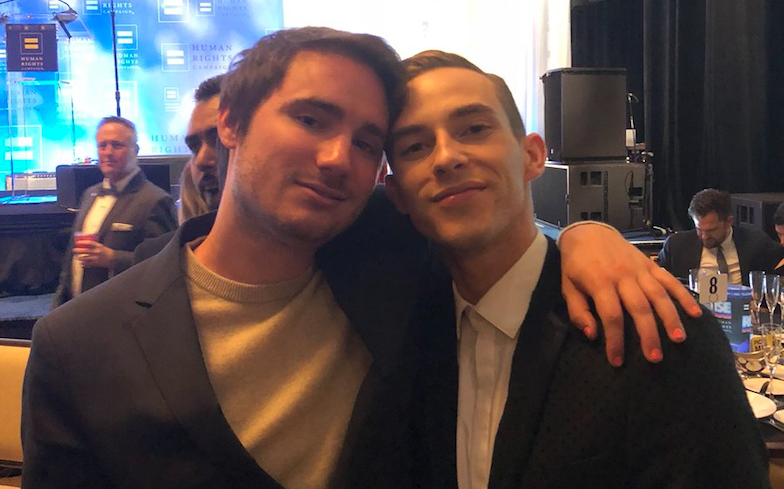 Back in February, two-time Academy Award winner Sally Field proved she could add ‘matchmaker’ to her resumé after she tried setting her son up with the Olympic figure skater on everybody’s lips… Adam Rippon.

The pair sent Twitter into meltdown, when they posted a picture of themselves together. Sam Greisman – Field’s son – captioned the photo “Thanks, mom.”

Appearing on The Scott McGlynn Show podcast, Greisman spoke about meeting Rippon. “I was very shy, and a little embarrassed but he’s a very cool nice guy. It was totally fine!”

But when pressed on whether the pair could become an item, Greisman said: “Adam’s very busy–  he hasn’t got time to be dating or doing anything like that. He’s conquering the world right now…”

However, Greisman isn’t the only person that Adam was met with recently. At the Oscars, Rippon was able to track down his own celebrity crush, Shawn Mendes.

Last month, he revealed that he had a crush on former One Direction star Harry Styles, but during a recent appearance on The Ellen Show, he explained that Mendes was his new obsession.

And Harry Styles could turn out to be disappointed that Rippon is no longer crushing on him, after his latest song, Medicine, seemed to hint at the popstar’s sexuality.

The song – which is already being hailed as a bisexual anthem – contains the lyric “The boys and girls are here, I’m messing around with them, and I’m okay with it.”

In the past, Harry has been pretty secretive about his sexuality, saying that he never considering labeling himself because he didn’t feel like it’s something he’d ever “have to explain about myself.”