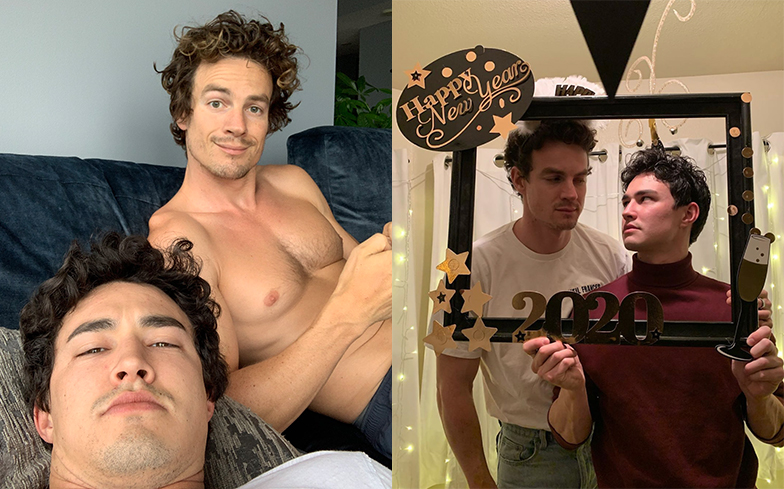 “Here’s a pic the morning after a night of vigorous love making.”

The American actor, who plays Nicholas Scratch on the critically-acclaimed Netflix fantasy series, addressed the rumours on Twitter with a picture of him and Cook – who plays the Dark Lord – cosied up together on the sofa.

“Just to make it abundantly clear… @lukecoook and I are and have been dating for over a year now. Here’s a pic the morning after a night of vigorous love making,” he wrote followed by the hashtag “zaddy”.

Cook posted the same picture on Instagram but denied the rumours, saying they’re “getting OUT OF HAND!”

The Australian actor – who is engaged to a woman – insisted the “post-coital” photo was actually of Leatherwood and their other Sabrina co-star star Sam Corlett.

Here’s how Sabrina fans reacted to their ‘romance’:

Netflix debuted the third season of Chilling Adventures of Sabrina earlier this year to critical acclaim. It has been renewed for a fourth season, which the show’s creator says will be a “demonic version of The Crown”.

In an interview with The Wrap, Roberto Aguirre-Sacasa – who also created Riverdale – confirmed that season four (or Part 4, whatever), is still shooting and said each episode is “like its own mini horror movie”.

He revealed: “We’re kind of down to our last few episodes of Part 4, which has been really, really fun. Each part has its own kind of identity, and Part 4 is different from Part 3, where a lot of it was set in Hell, we still have that.

“I think one of the things that’s really fun in Part 4 is we play a little bit like a demonic version of The Crown, with a lot of palace intrigue and a lot of jockeying for power between Lucifer and Madam Satan/Lilith and Sabrina.