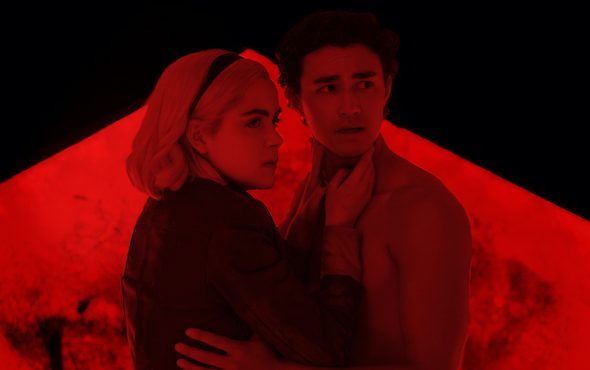 “The show is extremely loved by fans and we hope this petition can bring the show back from the dead.”

Chilling Adventures of Sabrina fans are campaigning to save the beloved series from cancellation.

Earlier this week, Netflix announced that the critically-acclaimed fantasy drama, which stars Mad Men’s Kiernan Shipka as the titular teenage witch, has been cancelled and will return for eight final episodes later this year.

Fans of the show did not take the news well, with one viewer writing on Twitter: “Sabrina had one of the most diverse casts. Openly gay characters, a trans character played by Lach who is nb, black&poc characters etc.

“Part3 may have missed the mark but this show was important to so many.”

Another wrote: “Chilling Adventures of Sabrina is cancelled. I can’t. What in the f***ing witchcraft is this. Netflix is so stupid. How tf did this happen it’s literally one of the best shows on Netflix make it make sense.”

Over 34,000 people have signed a petition on change.org asking Netflix to renew the series for another season.

A statement reads: “We are petitioning to bring this back after it’s unfair cancellation and ask that it be renewed for a 5th season. The show is extremely loved by fans and we hope this petition can bring the show back from the dead.”

If you’re a Sabrina stan (like us) and want to see the spunky witch return to fight the forces of darkness – including her father, the literal ‘Dark Lord’ – and to serve more witch-pop realness, then visit here to sign the petition.

In an interview with The Wrap, Aguirre-Sacasa – who also created popular The CW drama Riverdale – confirmed that the rest of season two is still shooting and said each episode is “like its own mini horror movie”.

The first three parts of Chilling Adventures of Sabrina are available to stream now on Netflix.