S.Q.U.A.D. Goals is somehow less than the sum of its parts – review 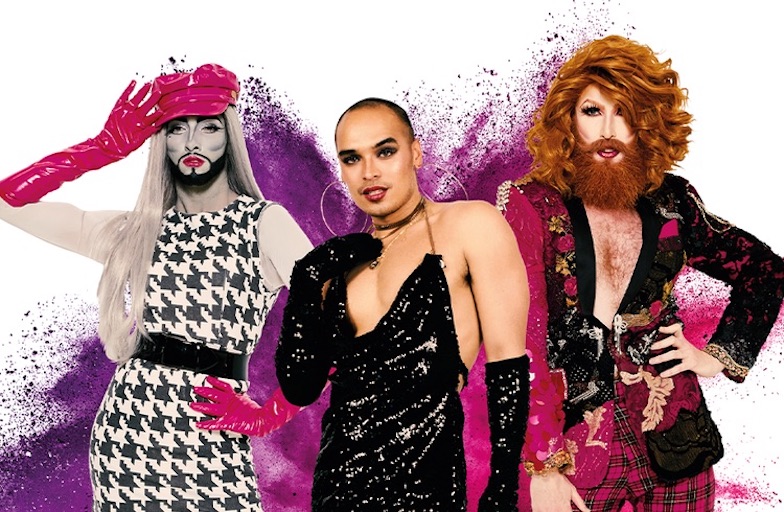 “There are some lovely solo moments, but the varied voices on display here really just don’t compliment one another.”

Three queer entertainers of note – Gingzilla, Cazeleon, and Seann Miley Moore – have joined forces to present this song and dance medley that, in their words ‘celebrates individuality and embraces the power of choosing your tribe’. It’s ostensibly a meditation on the glory of being yourself, but unfortunately is so poorly executed that it could almost be excused as parody.

The performance constantly asks the audience to celebrate it for being brave and fabulous, without actually demonstrating any of these qualities to any great extent. The TV pedigree of some of the cast shines through; in that the whole piece is trying to be an unearned X-Factor moment – it wants to be a constant emotional crescendo, without doing any of the work to get there. This is queer culture hosed-down and sanitised. A best bits clip-show that flaunts the flag but lacks its heart. The mostly straight audience, primed by a month of corporate rainbows, lapped up this victim shtick with relish.

Most bizarre is the chat-show segment in the middle, in which the queens stop singing and dancing to have a serious chat about ‘issues’, and come to the groundbreaking conclusion that homophobia is bad. To say that this is basic would be an understatement.

This is a massive shame as the three performers here are all talented and likeable people; strong entertainers in their own right. Sadly this particular show is somehow less than the sum of its parts. There are some lovely solo moments, but the varied voices on display here really just don’t compliment one another.