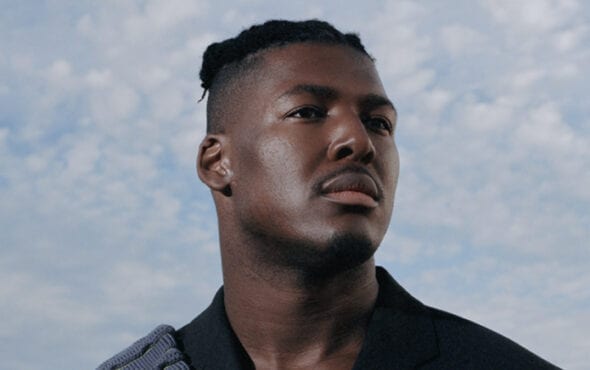 “Don’t let anyone use the games that we love for hate. Don’t let them distract from what’s really going on. This is an attack and we need to defend ourselves and our trans youth. We need to defend equality.”

NFL player and LGBTQ+ activist Ryan Russell is standing up for trans rights in a brand new essay.

Partnering with The Guardian, the 29-year-old athlete released a heartfelt essay condemning the hateful rhetoric and legislation surrounding trans student-athletes.

At the start of the letter, Russell opened up about the roadblocks that POC’s and marginalized communities face in sports.

“Being born Black, queer, trans or of any marginalized community puts you behind the starting line of any race, even when you might need that love and community more than we imagine,” he wrote.

He then went on to discuss the importance of giving trans-student-athletes the same opportunities that he and his NFL colleagues were afforded.

“All kids need this. I needed it as a black teenager in the south from a low-income, single-parent home. My NFL peers all needed someone to give them a shot or they never would have made it,” he said.

“And trans kids need this, too. They need to be treated like kids, like they are worthy of the opportunity to play, to find love and community on the field. Everyone is worthy of this.”

Russell also slammed the numerous anti-trans bills that are targeting trans youth, stating that they are in “direct opposition” to the meaning of sports.

“To exclude trans athletes is to use sport in direct opposition of where its true power lies. Sport is about change, about rooting for the underdog and building a dynasty from nothing but hard work, perseverance and love; love for your team, for your sport and for yourself,” he wrote.

The NFL free agent also made references to past injustices within the sports world and how they were each rooted in hate and fear.

“The more than 200 anti-trans bills currently under consideration in state legislatures across the US are not about trans youth in sports, but about attacking, harming and eradicating the most vulnerable of us all,” he said.

“When it comes to change, sport is one of the strongest conduits to help show society what it is capable of when we come together, but it has to be used for the better of all of us. We need athletes standing up against these bills but we also need athletes hijacking the narrative that these actions are to protect anyone.

“Don’t let anyone use the games that we love for hate. Don’t let them distract from what’s really going on. This is an attack and we need to defend ourselves and our trans youth. We need to defend equality.”

Russell’s powerful essay comes weeks after the Human Rights Campaign announced that 2021 had become the record year for anti-trans bills.

Over 100 bills between 33 states have introduced bills that attack the rights of trans people.