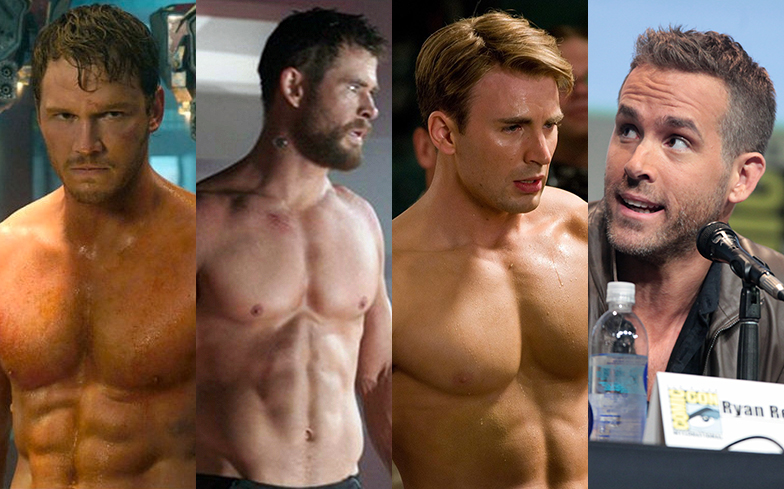 Ryan Reynolds wants the best of all worlds.

The funny guy-turned-action man might have fans lusting over him as anti-hero Deadpool, but it seems he’s got a thing for his fellow Marvel hunks Chris Pratt (Star-Lord), Chris Hemsworth (Thor), and Chris Evans (Captain America).

Related: Chris Pratt’s favourite thing to do is “flex his butt cheeks in the mirror”

Yes, we’ve wasted many hours debating which big-screen Chris is the hottest, but when one fan asked Ryan for his opinion on the seemingly impossible question, he gave the answer we never knew we needed…

“When ordering ice cream, I like to get all three scoops,” he replied.

When ordering ice cream, I like to get all three scoops. https://t.co/6H13DgssrG

Some fans pointed out that Ryan had excluded Wonder Woman star Chris Pine (hey, he might not be part of the Marvel Universe, but he’s still a certified Hollywood hunk), but the actor didn’t leave him hanging for long.

“And of course some Pine nuts generously sprinkled on top,” he added, rounding off what sounds like a pretty tasty dessert to us.

And of course, some Pine nuts generously sprinkled on top.

If you’re still holding out for a (super)hero, why not check out some of the hottest on offer here – they look just as good out of their skin-tight costumes as they do in them.