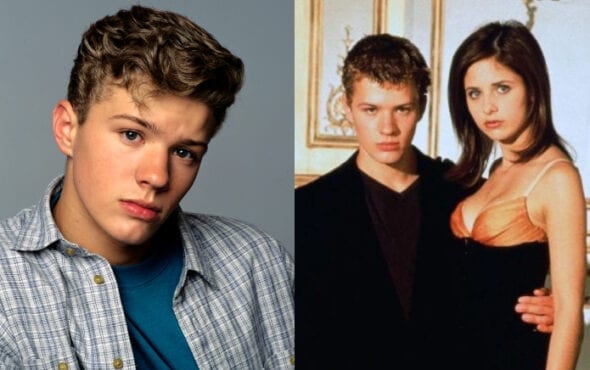 Ryan Phillippe has reflected on his earlier roles and how they impacted his relationship with his parents.

In a discussion on Barstool Sports’ KFC Radio podcast, the star said he lived in fear that his family would “disown” him after Cruel Intentions.

The classic drama, released in 1999, stars Phillippe and Sarah Michelle Gellar as as two wicked step-siblings who plan to steal the innocence of their headmaster’s daughter, played by Reese Witherspoon.

Although it received mixed reviews at the time, the three leads received widespread critical acclaim for their performances and the film has since become a cult classic.

“I thought my parents were going to disown me,” he admitted, before diving into his groundbreaking gay role as Billy Douglas on US soap opera One Life to Live.

“I had grown up going to Baptist school and Christian school. Coming out of the Christian school, when I was a senior in high school, I played the first gay character on a soap opera, first gay teenager ever.”

He explained further: “I was shunned at that point, so they were already out of the picture. This was 1992, and I was playing a gay teenager and I was in a Christian school. They weren’t happy about it.”

To commemorate the 20th anniversary of Cruel Intentions last year, Phillippe and the rest of the cast reunited to discuss the film’s impact on audiences.

He said he’s received various messages on social media from men who, after watching his nude scene, came to the realisation that they were gay.

“So many guys on Twitter are like, “That’s the moment I knew I was gay,” he laughed, “and there have been guys like, “I behaved like Sebastian to get laid!” Which I never did.”

“It was definitely when I was young and should not have been watching Cruel Intentions, but I did and it was that scene where they made out on the park lawn,” the singer said.

Watch the trailer for Cruel Intentions below.