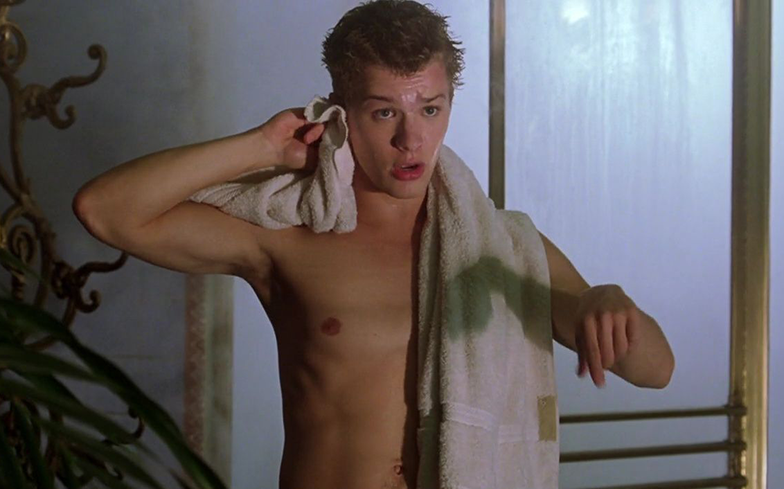 Last week saw the 20th anniversary of the raunchy teen classic, Cruel Intentions, which stars Sarah Michelle Gellar and Ryan Phillippe as two wicked step-siblings who plan to steal the innocence of their headmaster’s daughter, played by Reese Witherspoon.

To commemorate the film’s legacy, Entertainment Weekly gathered the stars to discuss how the film was made, how they were cast in their roles, and all of the sexual, explicit content such as Phillippe’s iconic nude scene.

“I felt okay with showing my butt,” the American actor admitted. “Everybody has a butt, it’s really not that graphic.”

Phillippe then revealed that he’s received various messages on social media from men who, after watching the scene, came to the realisation that they were gay.

“So many guys on Twitter are like, “That’s the moment I knew I was gay,” and there have been guys like, “I behaved like Sebastian to get laid!” [Laughs] Which I never did,” he continued.

Speaking of Kathryn and Cecile’s legendary kiss, Gellar also said: “All I remember thinking was ‘I could kiss Selma all day!’ Her skin was so soft. My skin is really sensitive, so when I kiss on camera a lot, it gets raw.”

Upon release, Cruel Intentions received mixed reviews from critics, but it has since developed a massive cult following. It spawned two sequels (without the main cast) and a spin-off series starring Gellar, which ultimately didn’t pass the pilot stage.

In 2017, it also made its off-Broadway debut at Greenwich Village nightclub Le Poisson Rouge after two runs in Los Angeles and a pop-up engagement in New York. Gellar, Witherspoon and Blair were among the attendees.

If you haven’t seen Cruel Intentions – wtf you doin’? This is SMG’s best role (after Buffy) and she should’ve been nominated for the Academy Award for Best Actress (!!!). We’ll take that to our grave.

Watch the trailer for Cruel Intentions below.