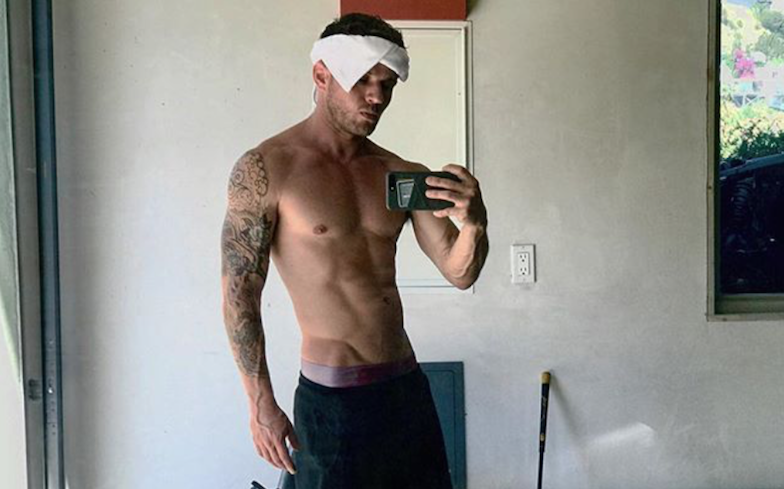 The American hunk is still one of Hollywood’s most swoon-worthy heartthrobs.

Shooter star Ryan Phillippe has been making us feel *things* for over two decades now – remember his mouth-watering/jaw-dropping/thirst-inducing shower scene in 1997’s I Know What You Did Last Summer?

Oh, and who could forget his raunchy role as Sebastian Valmont in the iconic teen drama Cruel Intentions? We think about the pool scene quite often… For those who haven’t seen, he serves a-s-s. Google it now.

20 years on – he’s still melting our hearts and significantly increasing our body temp.

Take a look below at an outtake of a ripped and smouldering Ryan for a Men’s Fitness photoshoot.

Yep, he’s still got it. Oh, and feast your eyes on the 43-year-old hunk braving the snow last week (shirtless).

Phillippe currently stars in television action-drama Shooter, based on the 2007 film of the same name.

He stars as an expert marksman living in exile who is drawn back into the world of action and espionage upon learning of a plot to kill the President.

The series has just finished its second season, and has been renewed for a third which is expected to air later this year.

Related: Ryan Phillippe is “proud” to have played the first gay teen on American TV screens.