Ryan Murphy wants to “do over” Glee with Lea Michele, Ben Platt and Beanie Feldstein 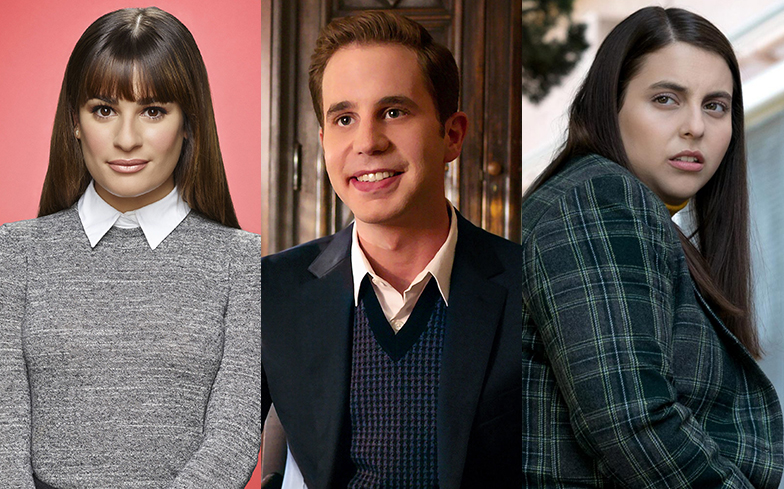 The Emmy-winning writer, producer and director, who created the musical comedy series with Brad Falchuk and Ian Brennan, sent fans into meltdown mode when he said he wants to “do over” Glee with a new roster of stars.

Murphy wrote on Instagram: “Imagine it’s 2009, and I lived in a world where I knew Lea Michele, Ben Platt and Beanie Feldstein (Ben and Beanie, I believe, were in high school then and I think they dressed up as Glee characters once for Halloween?)”

He said he wants to do a new pilot where Lea and Ben are “frenemies who fight for the heart of the soul of Glee club” and the latter is “on the football team and pretty much sleeps with the entire school and is the heartthrob of McKinley.”

Beanie would be their “mutual best friend” who teams up with cheerleading coach Sue Sylvester, joins Glee club and usurps Lea’s character as the “ruthless star of the club,” forcing Lea and Ben to take action and “dethrone her.”

“I WANT TO SHOOT THIS DO OVER PILOT. Maybe I will?” added Murphy.

Lea Michele memorably starred as Rachel Berry on the beloved series for six seasons from 2009-2015, for which she received critical acclaim and an Emmy Award nomination, as well as two Golden Globe nominations.

Ben Platt, a Tony Award-winning Broadway star, collaborated with Murphy on the producer’s first ever Netflix series, The Politician. The highly-anticipated second season will premiere on the streaming service 19 June.

Beanie Feldstein is currently working with Murphy for American Crime Story: Impeachment, which is based on Jeffrey Toobin’s book, A Vast Conspiracy: The Real Story of the Sex Scandal That Nearly Brought Down a President.

Related: Ryan Murphy addresses whether there will be a second season of Hollywood.