Ryan Murphy teases a Scream Queens revival is in the works 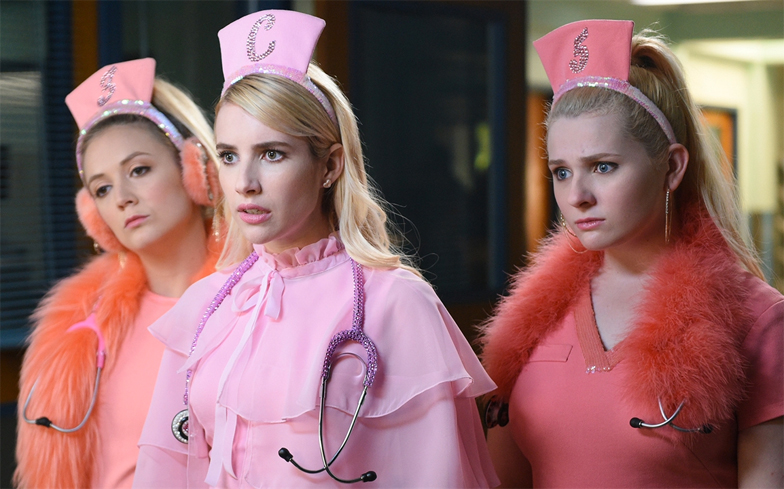 Ryan Murphy has teased a revival for Scream Queens.

The horror-comedy TV series, which boasted sharp-tongued humour and a string of high-profile stars including Jamie Lee Curtis, Ariana Grande and Nick Jonas, was officially cancelled in 2017 after just two seasons. Well, it seems that their prayers may have just been answered, as Scream Queens creator and TV mastermind Ryan Murphy (American Horror Story, Glee, Pose) has hinted that he’s working on a follow-up.

Even better, the show’s stars Emma Roberts, Billie Lourd and Lea Michelle – who play certified gay icons The Chanels – are all on board.

“So many people recently have been asking me about rebooting or continuing SCREAM QUEENS (RIP, taken too soon),” he wrote on Instagram.

“Emma, Billie, Lea and I have mused on it, but question: should it be a six episode limited? A catch up movie? Who should I bring back? Would love your thoughts. So many questions…”

If that wasn’t enough to get you excited, Emma Roberts and Lea Michelle, who played queen bee Chanel Oberlin and Hester ‘neck brace’ Ulrich respectively, both commented on Ryan’s post.

We don’t care how, this needs to happen.