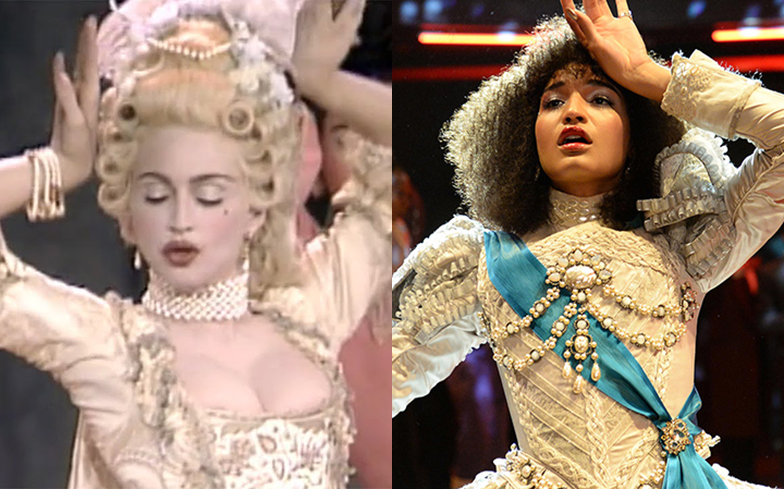 Could the Queen of Pop make a cameo in Pose?

During an appearance at the 2018 Television Critics Association summer press tour in Los Angeles over the weekend, TV mastermind Ryan Murphy spoke about the future of his most recent series Pose, which was recently confirmed for a second season.

While the first season of the FX drama ended in 1988, we now know that the second season will jump forward a year to 1989, and will finish in March 1990, which is the month Madonna’s hit single Vogue – which took heavy inspiration from ball culture – was released.

Speaking about the relevance of Vogue in the upcoming second season, Ryan explained how “that song sort of took something that was unknown in the culture and made it mainstream” and said the show will explore how the characters react to this.

But will the Queen of Pop herself – who Ryan says he has a ‘good relationship’ with – make a cameo?

“I think the thing about this show thus far is the casting that we’ve done, we haven’t tried to do too much of my typical stunt casting and I don’t think we will. I don’t think that’s what the show is about,” he said in response to that question.

“But I always love to talk to Madonna. I don’t know how she’d feel about playing 1990 Madonna… I would say let’s talk to [writer, producer and director] Janet Mock about that.”

Set in 1987, the critically-acclaimed drama “examines the juxtaposition of several segments of life and society in New York City: the emergence of the luxury Trump-era universe, the downtown social and literary scene and the ball culture world”.

Pose made history by featuring the largest amount of trans actors in regular roles of any scripted TV series in history.

While the show hasn’t been picked up for a UK broadcast yet, we’re keeping our fingers crossed that it’ll happen soon – and of course we’ll be the first to let you know when it happens.

Watch the trailer for the first season of Pose below.