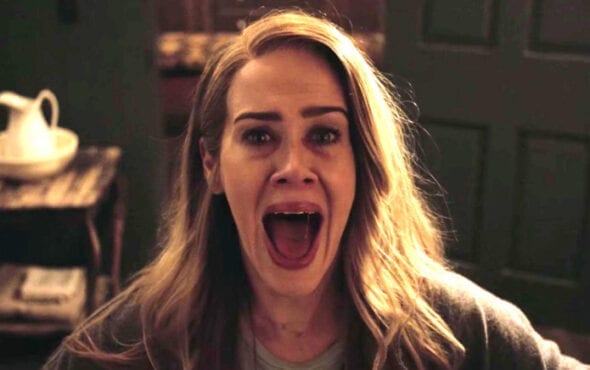 It’s the battle of the themes.

While we wait for American Horror Story season 10 to hit our screens, Ryan Murphy has tapped in the fans to vote on the theme for a future iteration.

The voting included six distinct themes, which fans were able to vote on in the comments across his various social media platforms.

The vote initially dwindled down to Bloody Mary and Plague, but fans swiftly demanded a recount.

After taking the fans’ opinions into account, the AHS creator tweeted, “Because you demanded it – The Recount!” and featured the Bloody Mary theme and Sirens theme.

The vote between Bloody Mary and Sirens has taken over the fandom and has even caught the attention of AHS veteran, Sarah Paulson.

Taking to Murphy’s Instagram comments, Paulson wrote “This is hard” and followed up with another comment, stating: “I think I vote Sirens. Ok bye.”

The AHS creator responded to her vote and gave fans a sneak peek at what to expect from a Sirens based season.

“Lady, you do realize that because you voted for SIRENS there is a HUGE chance you could spend half of 2022 in a water tank wearing a flowing fold wig bloodily feasting on North Carolina pirates… right?” Murphy wrote.

A definite winner for the recount has yet to be announced.

Over the last couple of months, Murphy and his team have given fans sneak peeks surrounding the upcoming season of AHS.

Last month, he announced that the title and theme for season 10 was going to be Double Feature.

A mysterious black and white trailer revealed that the new season will feature not one but two horrifying stories.

One story will take place by the sea and the other by the sand.

The trailer wasn’t the only teaser Murphy gifted his fans with.

The Glee creator also posted various season 10 teasers, including one of stars Leslie Grossman and Macaulay Culkin standing on a Provincetown beach, and another of some rather gnarly looking creatures as they stomp down a dark street.

What theme do you want to see on the screen?