Ruthless! The Musical a wonderfully camp and raucous night – review 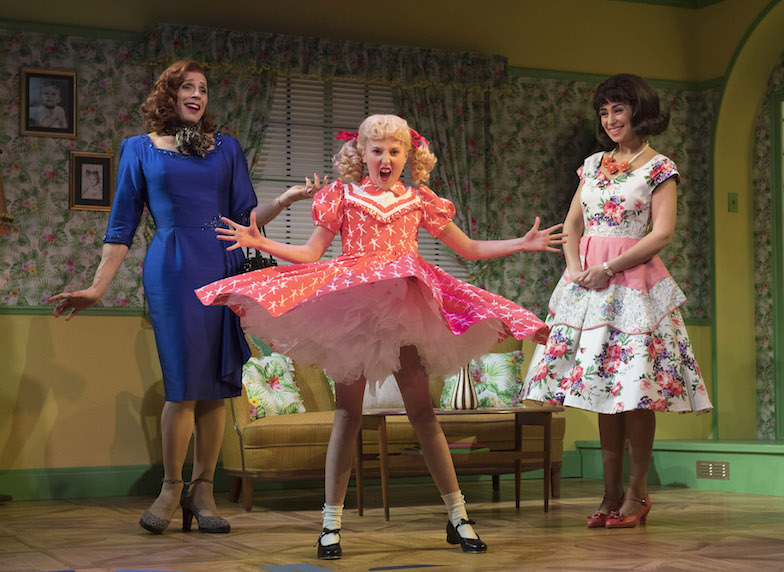 The off-Broadway cult classic has been updated and adapted for its West End debut at the Arts Theatre.

Ruthless! The Musical tells the story of 8-year-old schoolgirl Tina Denmark. Following an unsuccessful audition for the lead role in her school’s new play, we watch as she does quite literally anything to get the part. It’s a wonderfully amusing musical, but don’t be fooled by the cute advertising; with colourful language and violence left, right and centre, this is absolutely not a family-friendly night out. It is, however, incredibly good fun.

Having played off-Broadway for 25 years, this new adaptation, directed by Richard Fitch, has found a perfect home at the intimate Arts Theatre in Covent Garden. With music and lyrics by Marvin Laird and Joel Paley, the songs have an older style – quite reminiscent of Annie, but with much more adult themes. Rebecca Howell’s choreography impresses, too – quite Broadway in style, it’s generally understated but incredibly sharp and slick.

Of course, Ruthless! The Musical is much more than just a well-produced show – it’s genuinely very funny and brilliantly performed throughout.

Jason Gardiner, in impressive drag, is hugely entertaining as manager Sylvia St Croix; Tracie Bennett, as grandmother Lita Encore, has some great laugh-out-loud lines and has perfected the art of slapstick comic timing; Harriet Thorpe, as headteacher Myrna Thorn, convinces as the washed-up actress who’s abandoned her ambitions; Lara Denning, unremarkable in act one as schoolgirl Louise Lerman returns brilliantly in act two as drug-addled assistant Eve; while Kim Maresca, reprising her role as Judy Denmark from the 2015-2016 off-Broadway run, is equally entertaining as the self-sacrificing mum in the first half and self-centred star in the second half.

The role of Tina Denmark is played on rotation by four young actresses – at press night we were treated to Anya Evans. She plays the part perfectly, with a disarming cocktail of cutesy charm, sinister plotting and ruthless ambition.

Alongside some brilliant performances we were also treated to numerous wonderful songs. Not every musical number is a hit, but they’re generally strong and there are several standout moments – in particular we thoroughly enjoyed I Hate Musicals in act one and Penthouse Apartment in act two.

Ruthless! The Musical seems to get the balance just right. It has plot twists we could see a mile off mixed in with some brilliantly unexpected moments; the performances are superb, the songs are generally excellent and the choreography is slick. It’s a wonderfully camp, coarse and raucous night out – and above all it’s very, very, very funny. Highly recommended.