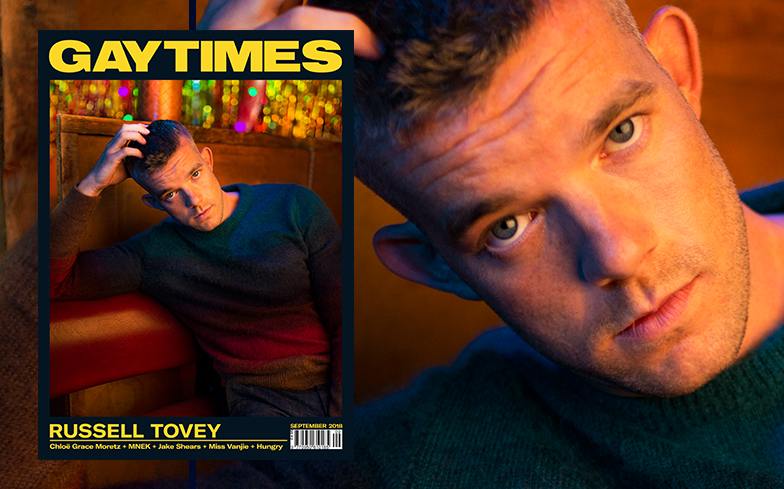 The British actor covers the September issue of Gay Times to mark the launch of his pair of one-act Harold Pinter plays that will run as part of the Pinter At The Pinter season between 13 September to 20 October.

The star talks everything from the possibility of a gay Doctor Who, to the #MeToo movement in our cover interview with him, while also reflecting on the ever-changing face of the gay scene in London, and dating in general.

“On the one hand, nowadays, when you go out with someone as a gay man, you’re getting asked, ‘When are you getting married? Are you having kids?’ and that’s something that’s only happened since the laws have changed and suddenly you’re like, ‘I can do this. That’s now a consideration’…” he says.

But he adds that the flipside of that acceptance is that we now live in a world where traditionally gay spaces are open to everyone.

“I went out in Soho on Saturday night and ended up in Freedom, which I’ve always loved and it felt like the gay people in there were in the minority suddenly,” he explains, not that he minded, just that he noticed. “Walking up Wardour Street, it felt like everyone was in their 20s, boys and girls snogging against walls. Not gay men or lesbians but straight young teenage couples.”

He adds: “I just hope everyone comes off the apps and gets back out there in the bars. It’s the only way it’s going to change.”

When it comes to dating, Russell reveals that he much prefers an unexpected encounter in a bar, rather than trying to match with someone on a dating app.

“It’s so much more exciting when you’re in a bar and you catch someone’s eye and you smile and go over and shake someone’s hand. That is far sexier than being sent someone’s dick pic,” he says.

The actor also confesses that he’s “very, very, very vanilla,” going on to add: “I’m a one-man guy. I just want to be with that person whoever that person is.”

Russell Tovey stars in The Lover and The Collection as part of the Pinter At The Pinter season. Tickets are available to buy here.

You can pre-order Russell Tovey’s Gay Times cover issue here for the full interview and photoshoot.