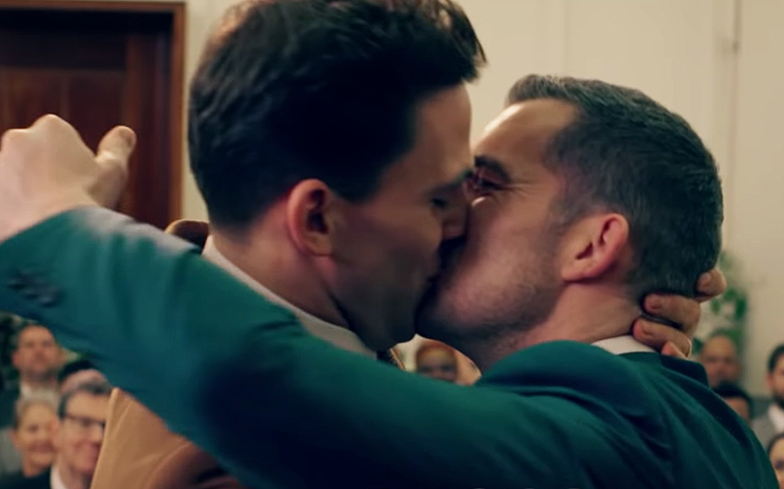 The new six-part BBC drama, which is helmed by Queer As Folk and Cucumber creator Russell T Davies, follows the fictional Lyons family over the course of 15 years in a Britain rocked by unstable political, economic and technological change.

“I’ve wanted to write this for 20 years or so. And as the world accelerates like crazy around us, I realised I’d better get on with it,” said Davies. “It’s a joy to be back home with RED, and an honour to be on BBC One.”

The trailer includes a first look at Tovey’s character Daniel Lyons, who is seen kissing his husband Ralph on their wedding day, and Oscar-winner Emma Thompson as Vivienne Rook, an outspoken celebrity turned political figure who divides the nation.

Watch the trailer for Years and Years below.