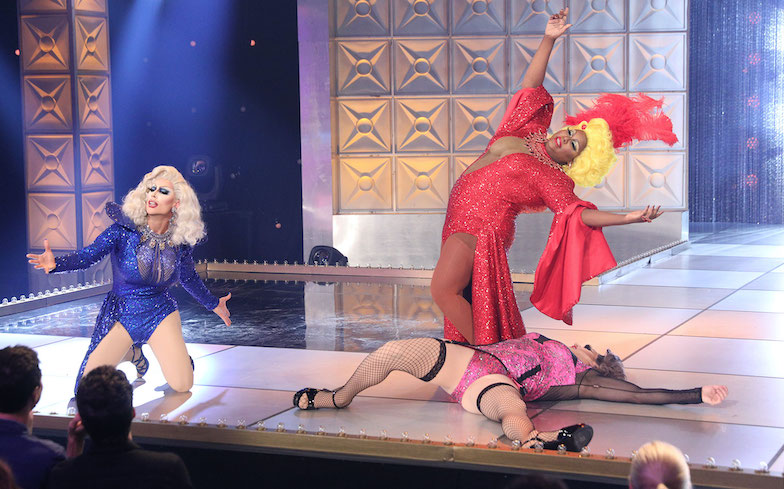 The latest spin-off in the Emmy-winning franchise follows 12 celebrities as they vie for the title of America’s Next Celebrity Drag Superstar, as well as a cash prize of $30,000 doollahz, which will be donated to the charity of their choice.

Before the celebrity spin-off sashayed onto our screens, fans were… hesitant, to say the least. With season 12 currently airing and All Stars 5 premiering in June, fans were convinced that three seasons within half a year would be ‘overkill’.

Although the first episode divided social media due to the ‘lack’ of A-List talent involved, the series has been a massive success with viewers. It’s even been hailed as one of the best seasons of Drag Race in HERstory.

“RuPauls Secret Celebrity Drag Race is truly the show we need right now. It’s absolute joy, learning, discovery and emotion and I’m here for every wonderful second of it,” tweeted one fan and yas, we have to agree.

Another fan opined: “Is it just me or is RuPaul’s Secret Celebrity Drag Race’s episode 3 way better than any other episodes of the original show? There wasn’t a tucking dull moment watching that roast. One of my best hours ever.”

While it’s been totally gaggy seeing our favourite contestants sashay back into the werkroom, fans have been living for the celebrities and their willingness in embracing their inner charisma, uniqueness, nerve and talent.

It airs this Friday on VH1 and will premiere the following morning in the UK on Netflix.

Who do you want to see sashay into the werkroom this week? And do you want a second season? C’mon hunties, spill the T.