RuPaul and Michelle Visage are headed to Australia and New Zealand for the latest Drag Race spin-off.

In a statement, Mama Ru said she cannot wait “for everyone to see that Down Under queens have some of the biggest charisma, uniqueness, nerve and talents in the world.”

Fenton Bailey and Randy Barbato, Executive Producers at World of Wonder, said the queens of Australia and New Zealand have “always been an inspiration” to them.

Nick Tanner, Director of Sales and Co-Productions at Passion Distribution, said: “We’re proud to bring the Drag Race phenomenon down under in an antipodean showdown for Stan and TVNZ OnDemand!

Like the original and its many spin-offs, the contestants will take part in weekly maxi-challenges, and each week, the bottom two queens will lip-sync for their lives to remain in the competition.

Drag Race Down Under will follow in the footsteps of Drag Race Thailand, Drag Race UK, Canada’s Drag Race and Drag Race Holland, as well as South America’s The Switch Drag Race.

It has also been announced that the franchise will head to Spain. 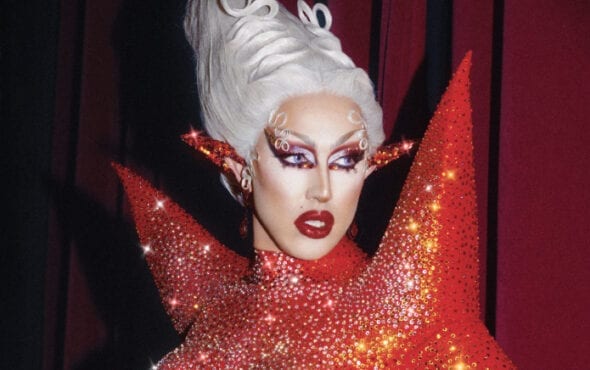 Speaking with Variety last year, Bailey said he and Barbato are developing seven new international versions of the Emmy-winning phenomenon.

Drag Race UK, the first international version of the show to see the return of RuPaul and Michelle Visage, was streamed over 10 million times on BBC iPlayer.

Bailey credits its success with opening the door for more spin-offs.

You can watch RuPaul’s statement about Drag Race Down Under here or below.

RuPaul’s Drag Race Down Under, hosted by @rupaul w/ #DragRace's @michellevisage on the judges’ panel, is coming this year 🏁#DragRaceDownUnder will stream on #WOWPresentsPlus in the U.S., @stanaustralia in AUS, & @tvnz in NZ. Full availability TBA soon! 👑 pic.twitter.com/S9AQ2RStwA