RuPaul’s Drag Race Down Under contestants apologise for racist pasts 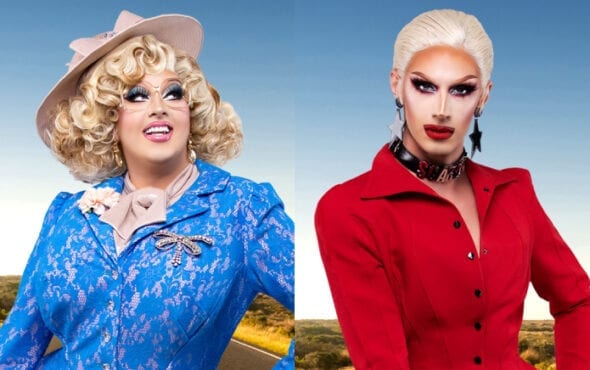 RuPaul’s Drag Race Down Under is months away from hitting out screens, yet its already been embroiled in controversy due to the racist actions of not one, but two of its contestants.

One shocking photo shows Adams in blackface with two teeth blacked out, wearing an Aboriginal flag shirt. It was taken 26 January 2012 on Invasion Day.

“I apologise in advance as some of this content can be distressing, I deeply feel for every single culture that is disrespected in these pictures,” Foxx began her post.

“It makes me sick to my core to see numerous people in the LGBT+ community who are profiting off of making a mockery and disrespecting peoples cultures. It makes me furious seeing my culture being dismantled, disregarded and shat on.”

She went on to say: “My People & Our Culture Is Not A Joke For Any One Especially Privileged Dominating Cultures To Make A Mockery Out Of Us!”

Adams directly responded to Foxx on the post, writing: “Felicia, I’m so sorry you had to see this and I feel awful, I have so much respect for you. I have addressed this a few times. It’s on my Instagram at the very top under highlights.”

The queen said she’s “not proud of her past” and has spent her entire career trying to make amends, as well as striving to be “a better person and ally for all marginalised communities.”

Adams added: “I’m not that person anymore. I am sorry.”

She also reposted an apology she made last year, in which she told her followers: “There is no way to sugar-coat it, when I was a teenager roughly 8 years ago I performed in blackface/cultural appropriation. I was young and I was ignorant.

“I am no longer that person. I know I will never understand what it’s like to be a person of colour, but I have been hurt before and to think that I made someone else feel that way is an unfathomable feeling.” 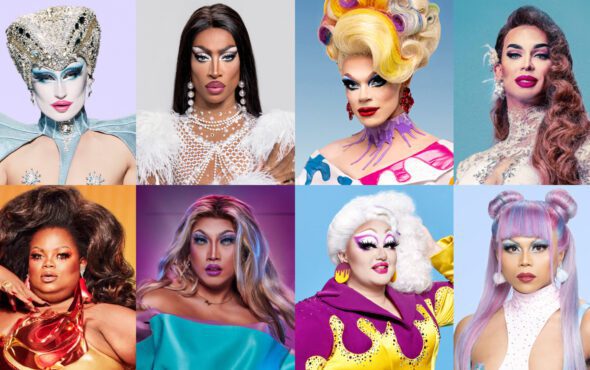 Karen From Finance, based in Melbourne, has also been condemned for her tattoo of a g******g. The entertainer boasted a wide collection of the toys, which are widely considered to be racist caricatures of Black people.

On Instagram, Karen said her collection started when she was two-years-old, which ultimately led to the tattoo. “I realised how irresponsible and stupid I had been and so I disposed of the dolls to landfill and had my tattoo covered,” she explained.

“Since then, I’ve committed to an ongoing journey of accountability, activism and education, and to uncover and unlearn any and all racial bias – conscious or unconscious – that may or may not be embedded within me.”

She ended her post: “I can’t change the past, but I can and will work on the present and do better in the future, and with that you forever have my word.”

It will see the return of RuPaul and Michelle Visage, with Australian comedian Rhys Nicholson joining them on the panel.

“The first words RuPaul ever said to me were ‘welcome to the family’ and that’s exactly what it feels like. A family. Ru and Michelle are my new mummies,” he said in a statement.

“I hope the editors took out the bits where I’m just staring at them wide-eyed trying to comprehend sitting next to them.”

Check out the 10 contestants competing on the inaugural season of Drag Race Down Under here.