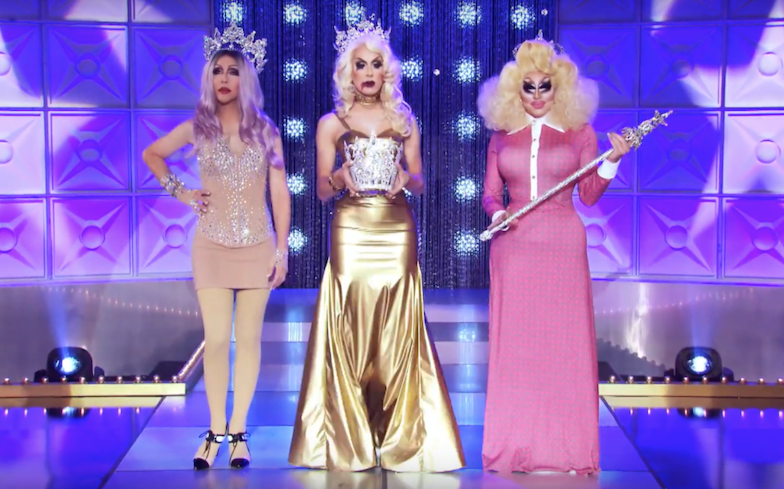 Number one is obvious, but which season comes close?

Each year, fans wait with bated breath to find out which of their favourite Drag Race queens will ruturn to the franchise for All Stars to showcase their (updated) charisma, uniqueness, nerve and talent – and in some cases, synergy.

While the regular seasons of the Emmy-winning series are considered the “Olympics of Drag,” it’s more-so the case for All Stars because it’s truly the best of the mothertucking best; welcoming back runner-ups, fan-favourites and queens who have used their platform to launch highly-successful careers in the wider entertaintment industry.

That means the runways are more sickening, the lip syncs are turned up a notch and the battle for America’s Next Drag Superstar – and the cash prize of $100,000 – is tighter than ever before (hence the double crowning on All Stars 4).

In anticipation for All Stars 5 this Friday (!), we ranked each season from worst to best. Get your jush…

Most iconic moment: Raven vs Jujubee – Dancing on My Own

Is anyone surprised? All Stars 1 ranks as our lowest ever season of Drag Race All Stars because of the sheer amount of talent that was wasted on the dreadful twist, which saw the queens compete in teams of two. It’s disappointing because we had the likes of Manila Luzon (robbed!), Raven, Jujubee, Latrice Royale, Tammie Brown, Chad Michaels and Shannel, to name a few. With a cast like this, it could’ve been the best season of Drag Race ever. Despite this, Chad’s crowning was well deserved and a fantastic first addition in the Drag Race Hall of Fame.

The third instalment of All Stars may have not lived up to its predecessor, but it sure gave us some legendary television. Aja deservedly became the breakout star (that death drop!), season one winner Bebe Zahara Benet made an unprecedented comeback, Shangela proved her status as one of the most iconic queens in HERstory and BenDeLaCreme broke the mothertucking internet when she eliminated… HERSELF. We’re still not over it. However, the season would rank higher if it wasn’t for – and you know what we’re about to say – the jury twist. Trixie Mattel deserves a crown, that’s for sure, but it was Shangela’s time.

Even though it’s our favourite show, we thought it was a bit overkill to have two seasons of All Stars within a year. But with a cast like this, how could we complain? Trinity The Tuck, Monét X Change, Monique Heart, Naomi Smalls, Jasmine Masters, Valentina, Farrah Moan and Gia Gunn came back for a second shot at the crown, joined by All Stars 1 contestants Latrice Royale and Manila Luzon. Despite first competing nine years ago, Manila proved that she hadn’t gone soft and swept the competition. But of course, every season needs its controversial elimination doesn’t it? Even though she had the best track record, she was eliminated by Naomi… and it was her first time in the bottom! Gag of the century? Yas… until the finale, which saw both Monét and Trinity win the title and 100,000 dooollahz each.

Most iconic moment: Alyssa Edwards vs Tatianna – Shut Up and Drive

How could this not be number one? All Stars 2 is the definitive season of, not just All Stars, but Drag Race in general. It boasts the best cast in the show’s HERstory, with drag legends such as Alaska, Katya, Detox, Roxxxy Andrews, Alyssa Edwards, Tatianna, Phi Phi O’Hara, Ginger Minj, Adore Delano and Coco Montrese. Revenge of the Queens is potentially the best ever episode, providing fans with the most jaw-dropping lip-sync of all time when Tatianna and Alyssa slayed the house down to Shut Up and Drive by Rihanna. Oh, and that mirror scene? Cooped. Phi Phi’s reaction? Gooped. The confrontation? Mother-tucking gagged… henny.