RuPaul’s Drag Race All Stars 6: Here is the official cast! 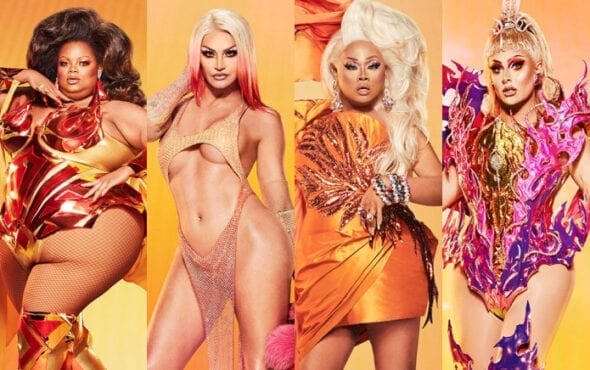 The queens of RuPaul’s Drag Race All Stars 6 are here, H-E-R-E, here!

Premiering this summer on Paramount+, the highly-anticipated season will see the return of more sickening fan-favourites who will sashay back into the werkroom for a second (and in some cases, third) shot at the crown.

The winner receives $100,000 doollahz and will be inducted into the Drag Race Hall of Fame, alongside Chad Michaels, Alaska, Trixie Mattel, Monét X Change, Trinity the Tuck and Shea Coulée.

According to Entertainment Weekly, All Stars 6 debuts on the streaming service on 24 June with – wait for it henny – two back-to-back episodes, followed by weekly drops every Thursday.

Untucked will also be available to stream on Paramount+ immediately after each new episode.

A premiere date for the UK is yet to be announced, but if it follows in the footsteps of All Stars 5 last year, then we’re expecting it to be released on Netflix the following morning. C’mon Netflix press release! Where you @?

The queens were officially ruvealed today on the franchise’s YouTube channel with a sneak-peek at the upcoming premiere, showing each sickening contestant as they stomp back into the werkroom – catchphrase in hand, of course.

Check our their official glam-shots from Paramount+ below. Meet the queens of RuPaul’s Drag Race All Stars 6 as they sashay back into the Drag Race werkroom below.