RuPaul was stunned at this week’s Drag Race elimination 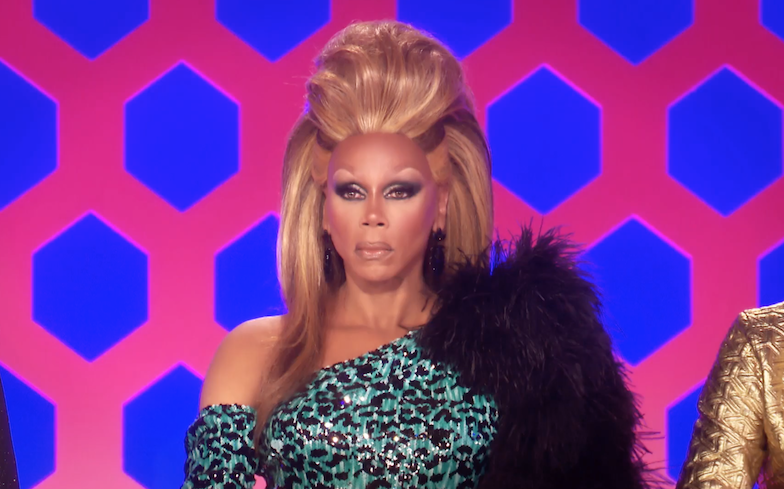 A massive contender for the Drag Race All Stars 4 crown was just eliminated, and honey, RuPaul didn’t look happy, like, at all.

For this week’s maxi-challenge, the queens were tasked with designing and hosting their own VIP Club nights, with extra special guest stars Susanna Bartsch and British singer-songwriter Rita Ora.

Because Latrice earned her way back into the competition in last week’s LaLaPaRUza, she paired the queens together: Monét X Change and Monique Heart, Valentina and Naomi Smalls, and Trinity the Tuck and Manila Luzon, the latter of which she chose to join.

Monét and Monique opted for a space theme with their club, while Valentina and Naomi paid tribute to 1996 fashion. Trinity, Manila and Latrice turned their club into a beehive, complete with matching outfits, swarming bees and a spelling competition. What a perfect night out!

Ultimately, the trio were deemed the best of the week, and Trinity and Latrice were announced as the top two All Stars (justice for Manila!), while Valentina and Naomi were placed in the bottom due to their lack of preparation and originality. Understandably, Latrice and Trinity were both conflicted with their decision. Valentina won the second challenge, but has been in the bottom three times, and boasts a rabid fanbase of diehard Drag Race fans who will come for anyone and anything that stands in the way of their fave’s progress.

Naomi, however, has been rather consistent in the competition and ranked high for three consecutive weeks, but has been coasting ever since. To be honest, her performance on the series so far has been severely underrated by the judges, but when you have zero wins under your belt, it becomes an issue.

During deliberations, Trinity admitted to Valentina: “You are my closest friend in the competition, and I want you here more than I want Naomi here, because I’m closer to you. I also wanna be as fair as possible.”

Latrice and Trinity then shantayed onto the main stage to perform the UK number one classic, You Spin Me Round (Like a Record) by Dead or Alive. It was… erm… can we get a snake rattle in here please?

After rolling across the stage, Latrice won ten thousand doollahz and the power to eliminate either Naomi or Valentina. “I didn’t know it was gonna be this hard,” she told the judging panel.

“I didn’t know it was gonna be like this. If anyone knows what it feels like to have your dream stripped from you, it’s me. Thank god I had the opportunity to come back and fight, but this person is a brilliant artist. I choose Valentina.”

She didn’t say anything, but RuPaul was clearly not happy with Latrice’s decision. Watch the scene below.

The seventh episode of Drag Race All Stars is now available to stream in the UK on NOW TV.

Earlier this week, VH1 announced the 15 sickening queens for the upcoming 11th season of Drag Race.

The highly-anticipated season is expected to premiere 22 January, one week after the finale of All Stars 4.

Watch the gag-worthy trailer for season 11 below.