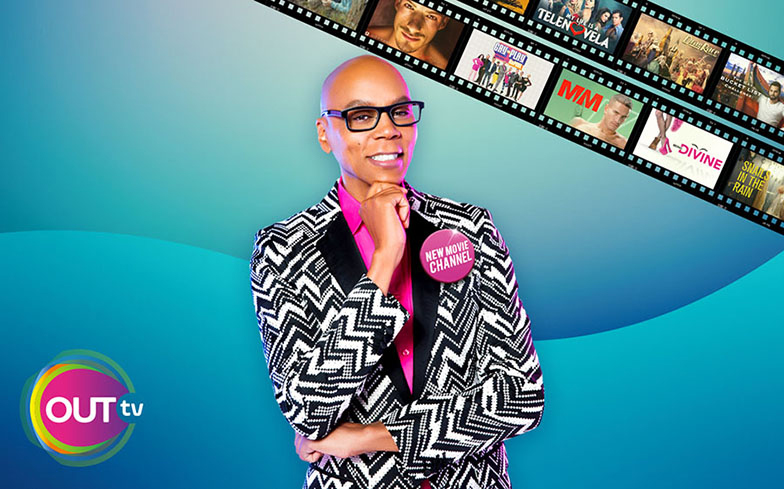 The Snatch Game has become one of the essential elements within the realm of Drag Race. Now, the iconic segment has been turned into the trivia spectacle Gay for Play Game Show starring RuPaul!

With the guidance of a panel consisting of six celebrities, including Michelle Visage, Todrick Hall and Alaska, two contestants aim for the win by trying to answer numerous pop culture questions. What’s at stake? Cash and a number of hysterical prizes! Gay for Play is just one of the many new programming highlights on OUTtv, the first UK TV-channel dedicated to LGBTQ+ and open-minded community. You can watch OUTtv exclusively on SKY channel 330.

Today marks the 12th anniversary of OUTtv Europe and they are celebrating this by welcoming the LGBTQI+ community in the UK and Ireland to their OUTtv family. OUTtv is now available in 9 countries and entertaining millions of households every month! Gay Times were given a sneak preview into their line up for the upcoming weeks and we definitely think you should tune in, especially if you want to see more Drag Race!

The Thai rendition of the increasingly popular RuPaul’s Drag Race features drag queens competing to become Thailand’s next drag superstar. This is the first official spin-off of the Emmy Award-winning Drag Race brand created by RuPaul.

On OUTtv you will be able to enjoy hit- series like My Life is a Telenovela, Back to Corsica, Mixed Messages and The Fashion Hero. Another highlight in their programming schedule Shade – Queens of NYC, a docu-musical-reality show that chronicles the behind-the-scenes lives of New York’s fiercest, funniest drag queens as they fight for fame, fortune, and love.

OUTtv presents movies with an edgy twist from award-winning titles to indie features and acclaimed shorts.

The Canadian Matthew came to Berlin for a fresh start, but quickly starts to experience the loneliness of living in a new city. After meeting the beautiful and charismatic Matthias, everything changes. Matthias is everything Matthew wants to be. His desire for Matthias starts developing into an unhealthy obsession, blurring the line between right and wrong.

Be captivated by documentaries like OUT in the line-up, Bearnation, After the Future and Being Divine. Though OUTtv has got quite the selection of documentaries and movies in store for you, we wanted to highlight one special title in particular: On My Way Out: The Secret Life of Nani and Popi. The documentary tells the highly unconventional love story of two holocaust survivors. Roman (Popi) and Ruth (Nani) Blank have been married for 65 years, but at age 95, Roman reveals a secret to his family that tests their seemingly invincible union. Roman is gay, something Ruth has been aware of for the majority of their marriage.

Back to Corsica tells the story about Andrea, a young lesbian girl from Corsica living in Paris, who returns home to her mountain village for the summer. But living life on Corsica as a sentimental lesbian, is usually seen by the locals as looking for trouble.

OUTtv produces several OUT originals a year in order to offer must-watch content that can’t be found anywhere else. Eurovision concerts and talkshows but also Tommy in Lalaland & The Gay Bucketlist Challenge are among the OUT originals that will premiere this summer on OUTtv.

OUTtv also reports from international LGBTQ+ film festivals, Prides and lifestyle events. The majority of the OUTtv programming has never been aired in the UK & Ireland before! With a diverse, colourful and unique buffet of content, OUTtv will surely be an added value to the current media landscape, serving all letters of the LGBTQI+ community. Seeing our community represented on TV and in film remains an important aspect in the overall process of accepting others and ourselves. We expect that the UK and Irish LGBTQI+ communities will fully embrace OUTtv. Stay healthy, safe and fabulous with OUTtv in your own home!

For more information about OUTtv UK and how to subscribe visit out.tv