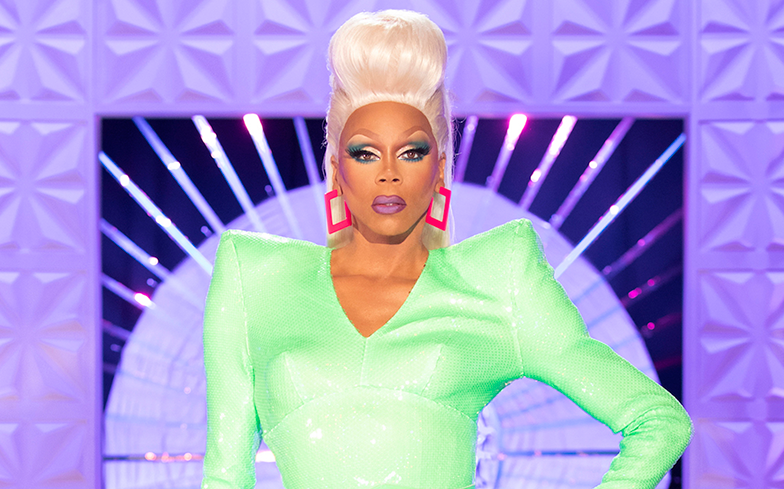 RuPaul has once again been questioned on his controversial comments regarding trans women competing on Drag Race.

Last year, during an interview with The Guardian, the Emmy Award-winning host left many fans disappointed when he revealed that he “probably [would] not” let a post-transition woman compete on the show.

He also appeared to suggest that he only considers a trans woman a ‘real’ woman once she’s physically transitioned, saying former competitor Peppermint “didn’t get breast implants” so she hadn’t “really transitioned”.

Many fans and former Drag Race contestants spoke out against RuPaul’s comments and in support of their trans sisters, leading to RuPaul eventually issuing a statement expressing “regret” over the hurt caused to the community.

“In the 10 years we’ve been casting Drag Race, the only thing we’ve ever screened for is charisma uniqueness nerve and talent. And that will never change,” he said, reiterating a line he himself once uttered during the show’s season five finale.

In a new interview with The Sunday Times, RuPaul said there “seems to be an obsession with trying to create this ‘us against them’ storyline,” saying “we share a history” and that “the two worlds intersect but maintain their unique qualities”.

“In my experiences in Atlanta and Lower East Side in the 1980s and 1990s, we performed together,” he recalled. “We shared the same safe spaces, like bars and clubs. We laughed, smoked, drank and took care of each other.

“One of our contestants, Monica Beverley Hillz, said it best when she said, ‘Drag is what I do, trans is who I am.'”

When asked if women can do drag, he said: “Women are in drag. You’re born naked and the rest is drag.”

RuPaul was then pushed on whether women can compete on Drag Race, which left him ‘mumbling’ and ‘tongue-tied’ before a producer stepped in and pointed out that the show is “inclusive because it’s on the BBC”.

After the interview, RuPaul emailed and insisted he wouldn’t rule it out in the future. “I’ve learnt to never say never,” he wrote.

Throughout Drag Race’s ten-year run, there have been several trans competitors, but most of them came out as trans after the show had aired. Monica became the first contestant to come out as trans on the series.

In 2017, Peppermint made HERstory as the first openly trans competitor. She was followed by Gia Gunn, who made her comeback on the franchise on All Stars 4, shortly after RuPaul made his controversial comments.