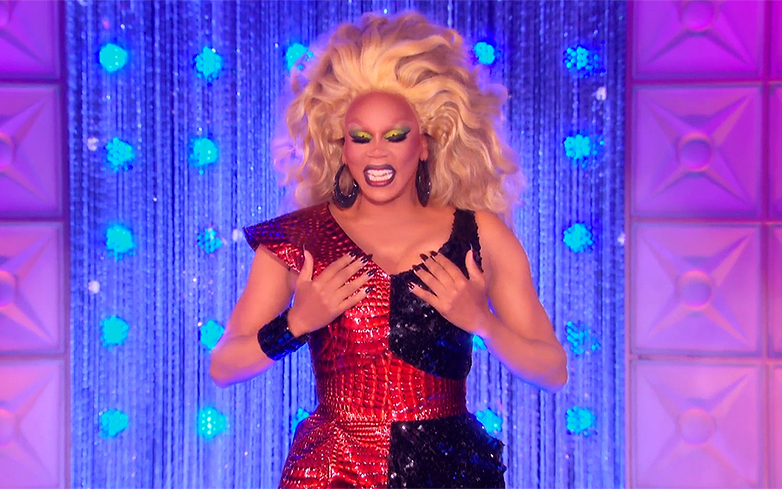 Vanessa Vanjie Mateo – who became the first eliminated season 10 queen earlier this year – became a viral sensation when she exited the competition. As she sashayed away (backwards), she felt her mother-tucking oats as she chanted “Miss Vaaaaaaaaaaaaaaaanjie”.

Sources close to the show – who prefer to remain anonymous – claim the queen said her name thousands of times.

Since her departure, she’s been mentioned by RuPaul and Michelle on nearly every single episode this series (bar one). But this week, Ru felt the need to channel her inner Miss Vanjie, by recreating her iconic exit. Guest judge Miles Heizer had no fucking clue what was happening.

It’s safe to say no other first-out queen – other than Shangela – has had this much impact ever.

On this week’s episode of Drag Race, the queens gave drag makeovers to social media superstars.

Miz Cracker landed her first win of the series, while Asia, Eureka and Aquaria were declared safe.

Kameron and Monét then lip-synced for their life to guest judge Lizzo’s anthem, Good As Hell, and turned it OUT. It was the best lip-sync of the series so far.

Ultimately, Monét was told to sashay away, while Kameron moved on to the top five.

The tenth episode of RuPaul’s Drag Race season 10 is now available to stream on UK Netflix.

Related: Mayhem Miller reveals the Drag Race drama that got cut from the show.