RuPaul, Michelle Obama and Adele hung out together in London 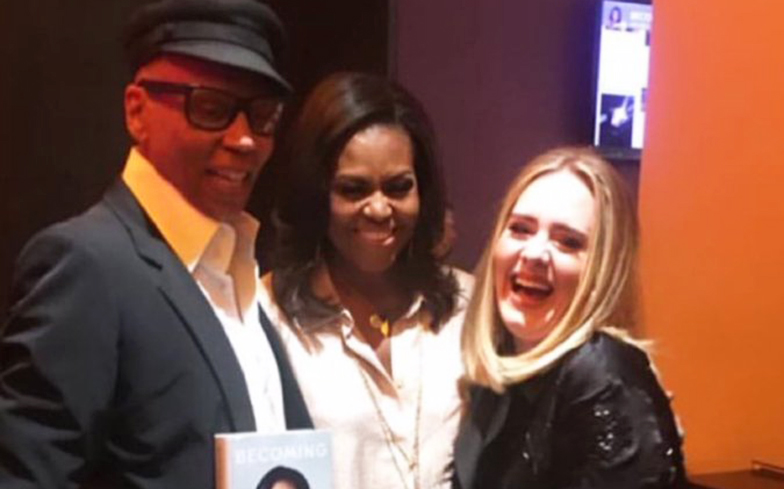 We have one thing to say… where was our invite?

On Sunday night, former First Lady Michelle Obama appeared at London’s O2 for her Becoming book tour, where she was interviewed by The Late Show host Stephen Colbert about her groundbreaking 2018 autobiography of the same name.

The talk reportedly drew in around 15,000 people and saw her open up about her relationship with Barack and her views on Donald Tr*mp, but the most exciting moment came backstage where three icons collided.

nothing to see here, just rupaul, michelle obama and adele together pic.twitter.com/NoXiPCtsRA

Naturally, with RuPaul filming Drag Race UK, fans have been speculating over the potential for Adele appearing as a guest judge. She is BFFs with Alan Carr, who was recently confirmed to be a judge on the show, after all.

We can’t quite see Michelle Obama werking it down the runway, but we can dream.

Drag Race UK is expected to premiere on BBC Three later this year, with eight 60-minute episodes. RuPaul and right-hand woman Michelle Visage will host, while comedians Alan Carr and Graham Norton will rotate each week.