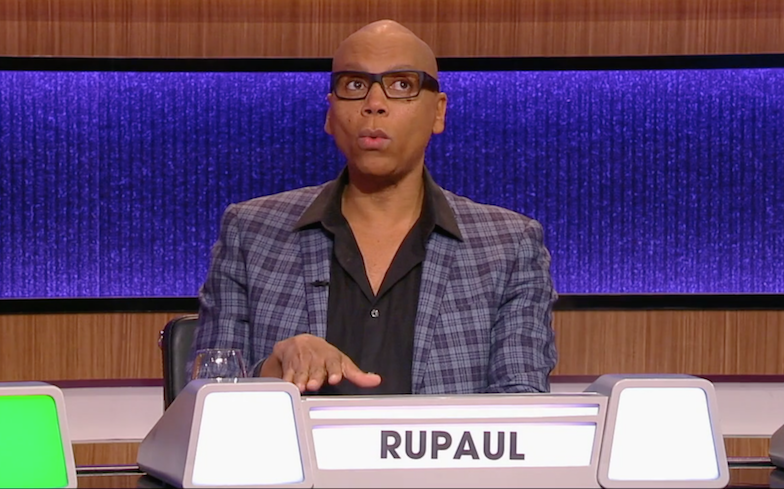 Mama Ru has made a special guest appearance on the winter finale of Match Game, the ABC game show that inspired the fan-favourite ‘snatch’ equivalent on RuPaul’s Drag Race.

As with Snatch Game, contestants are asked a question with a ‘blank’. The contestants are then required to write a response in hopes of matching with the celebrity panel.

Host Alec Baldwin asked the contestants: “During the first same-sex wedding between two men, it was the first time a church organist ever played the song… blank.”

Ru hilariously shouts back at Alec, “Why are you looking at me when you say that?!”

Can we get Ru to become a Match Game regular please?

RuPaul’s current show – All Stars 3 – airs Thursdays on VH1 in the United States, and Sundays on Comedy Central in the UK.