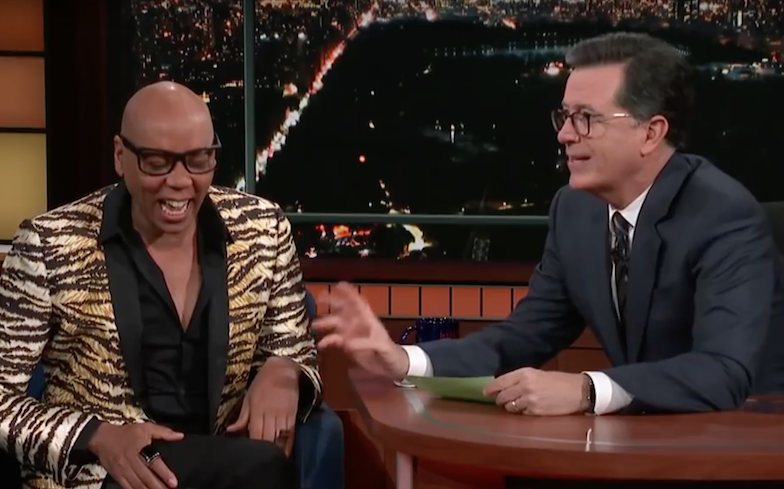 “Will you be my squirrel friend?”

Last night, RuPaul sat down with Stephen Colbert to promote Drag Race All Stars 3 (premiering today!), and it’s possibly one of the funniest interviews we’ve ever seen from the (two-time) Emmy-winning diva.

First of all, Ru sent a message to the First Lady of the United States, Melania Trump: “I want to make a personal plea to someone who really needs our help right now. Melania, come and join the other side. I know you want it, baby! You’re halfway there already! Let me help you.”

Stephen replied: “That was very generous of you.”

Mama Ru then explained the term “you’re all born naked and the rest is drag” to the talk show host, which then led to a refreshers course in Drag Race lingo.

Terms such as “OKCURRRR”, “T” and “squirrel friends” were defined, with the latter being described as friends “who enjoy nuts.”

Watch the hilarious interview below.

Ru’s current show – Drag Race All Stars 3 – features fan favourites from across the seasons competing for a second chance (and in some cases, third) at becoming America’s Next Drag Superstar.

All Stars 3 will premiere on VH1 in the United States 25 January (TONIGHT!), but if you’re from the UK – no need to worry. Comedy Central UK will launch the latest season at 10pm on 27 January, 48 hours after its US premiere.