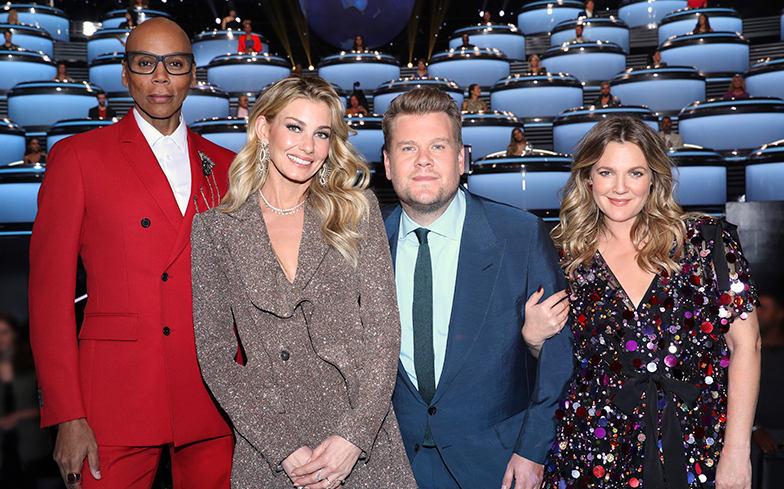 The 10-episode series comes from reality TV veterans Mark Burnett (Warner Horizon Unscripted & Alternative Television) and Mike Darnell (MGM Television), who are best known for their involvement in The Voice and American Idol.

Set to premiere in 2019, the series will feature acts from every genre as they attempt to break through the “wall of the world”. Not only will they have to impress the judging panel, but they’ll have to win over 50 of the world’s most accomplished entertainment experts.

Sharon Vuong – CBS’ SVP, Alternative Programming for CBS – said: “It’s only fitting that The World’s Best perform in front of the world’s best. James, Drew, Faith and RuPaul are all amazing talents who have excelled in their respective fields on a global scale. We can’t wait for them to bring their distinct voices to a show that’s unlike any other.”

“We feel incredibly lucky that James Corden agreed to be part of this groundbreaking global event competition,” commented Darnell. He’s an absolute force of nature, and his versatility, passion and showmanship are unrivaled.

“The very name of the show defined the caliber of judges we sought out and ultimately got. Drew, RuPaul and Faith are incredibly accomplished superstars whose talents encompass every area of entertainment. Along with James, The World’s Best will now be the gold standard of competition shows.”

Burnett also said: “James Corden is at the top of his game and there is no one better to host this ultimate international competition series. This groundbreaking series is like the Olympics of talent shows and needed the perfect talent combination.”