Want to get on RuPaul’s Drag Race? These 9 queens share their best advice 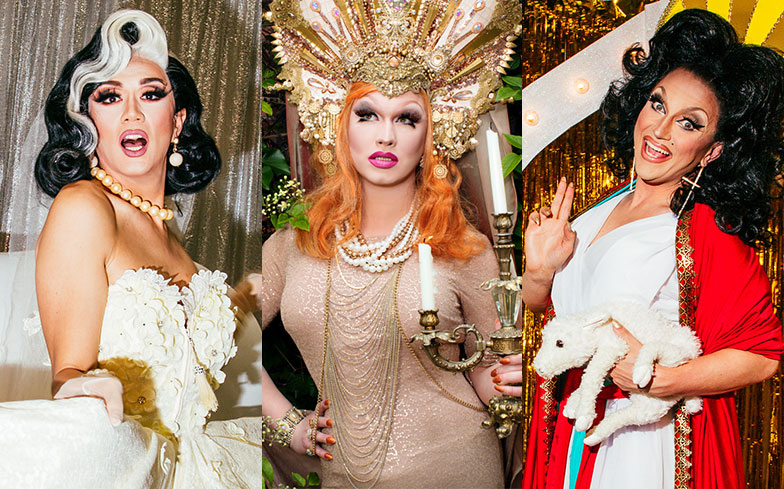 Getting on RuPaul’s Drag Race may, as Courtney Act tells us, be “like winning the lottery” – but that doesn’t mean it’s impossible.

If your dream is to make it onto the hit TV series, but you have absolutely no idea where to start, you’re in luck, as we’ve asked some of our favourite contestants from the show to share their best advice for impressing Mama Ru and her team of producers.

So fire up that camera and get working on your audition tapes, squirrel friends, and take heed of the following queens’ advice. They are the professionals, after all…

“Focus on being yourself rather than what you think they want. I think the people who audition once and get on have such a clear sense of self. It’s not always about polish, because I was not polished when I got on, but I really knew my trajectory, what I wanted to do with drag, where I wanted to take it. I had put in the work, I’d been doing drag for 10 years when I got on Drag Race. So it’s about really knowing what you wanna do with drag, really knowing how you’re gonna do it, and portraying that as best you can.”

“Be yourself. Don’t try to be someone you’re not, don’t try to be extra, or create a persona that you think will be good on television. Just be true to who you are, and that’s probably going to get you further than anything else.”

“They throw darts at a map, really. [Laughs] No, it’s all about chemistry and the roles and stuff. One of my favourite films is Steel Magnolias. You could not do Steel Magnolias with eight Ouiser’s. So you have to have Ouiser, and Truvy, and the Julia Roberts character, y’know? Shelby! I don’t know what I’m talking about. I’m still on pills. Sally Fields gave them to me. So yeah. My biggest tip is: Don’t worry about Drag Race. Do what you wanna do. If they pick you, great, if they don’t whatever. It’s like playing the lottery. If you don’t play, you won’t win. That’s what it is.”

“Be yourself. Nobody wants a fake bitch, so if you’re gonna try and be somebody else, it ain’t gonna work. They already got enough Jiggly’s, they get enough Phi Phi’s, they got enough Fame’s, we only need one. Just be yourself.” “Oh gosh! I mean it’s been so long and the show has changed so much. I would say just really try to show your range, try to show all of the skills you can portray. A lot of people can be pretty, or funny, or whatever, but you’ve gotta bring in the whole package.”

“I think you just have to be confident and strong in your own drag persona and work really hard in your craft. I don’t think you should do drag because you want to be on Drag Race, I think you have to just love drag and love doing it, and then Drag Race may or may not happen for you. There’s a lot of drag queens now. Back when I auditioned for Drag Race, I feel like the proportion of drag queens to Drag Race girls, there were much better odds. Now, being on Drag Race is like winning the lottery, because drag queens are multiplying like rabbits.” “My best tip for getting on Drag Race is to just really be authentic, be yourself, know your story, and build that character up, girl, because it’s an extension of you. Love, Juju.” “If you’re gonna try out for Drag Race, you need to be no-holds-barred, you have to really let them have it, they need to know who you are. Because what they see in that audition tape is gonna show a window into what kind of person you are, and how you’re received on camera. Your story is a big factor too. Drag Race loves to show the human behind the makeup, so if you can open up and let an element of yourself be seen, it may allow them to want to tell your story on television.” “Audition. Make an audition tape. That’s the only way you’re gonna get on the show.” Not quite ready for your big break on RuPaul’s Drag Race? If you’re looking for tips on how to start drag for the first time, the queens have also got you covered here.