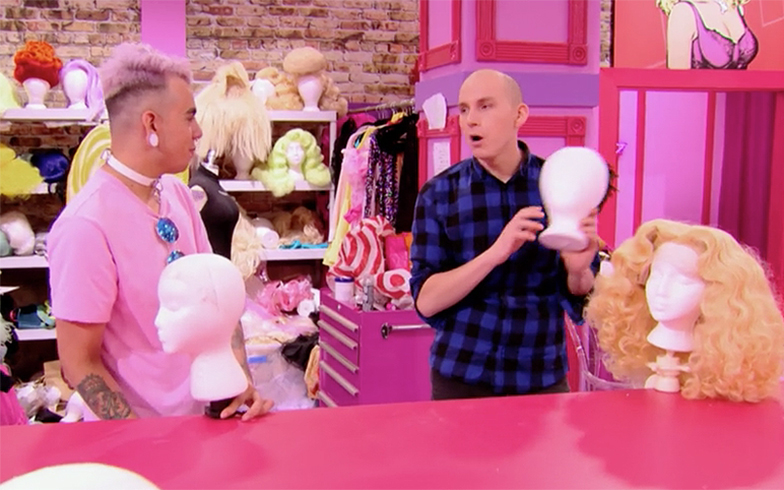 Get ready to gag, squirrel friends!

Snatch Game is a highlight of any RuPaul’s Drag Race season, but on All Stars the pressure is even higher as the fan favourite queens get a second chance to impress Mama Ru with their best celebrity impersonations.

So avid viewers will be pleased to know that this week’s episode (that’s episode four, if you’re not up to date) sees the return of the make-or-break mock gameshow challenge.

“Snatch Game is more important than ever to determine who is a contender and who is just roadkill,” explains RuPaul in a 30-second preview of the episode shared on the show’s official Twitter account.

As well as hyping up fans for the momentous occasion, the teaser also reveals which celebrity Bebe Zahara Benet will be impersonating: the iconic Grace Jones.

Elsewhere, VH1 shared the first six minutes of the episode, which reveals that Chi Chi DeVayne will be channeling poet and civil rights activist Maya Angelou, while BenDeLaCreme will do boy drag as American comedian Paul Lynde.

But the biggest risk arguably comes from Trixie Mattel, who’s taking on Mother herself, RuPaul.

That leaves three queens – Shangela, Aja, and Kennedy – who have yet to reveal who they’ll be impersonating… but that’s not all.

Eagle-eyed fans have noticed that there appears to be eight contestants seated on the Snatch Game panel, but as it stands, there’s only seven queens left. Could an eliminated contestant be ru-turning to the competition?

Watch a sneak preview of the new episode below.

'Tis the season for Snatch Game All Stars!! 🌟🎉 Which Queens will impersonate their way to victory and make Ru laugh!? 😂 Find out THURSDAY at 8/7c on a new #AllStars3 on @vh1! 🌟 pic.twitter.com/I66kZ2h2EY