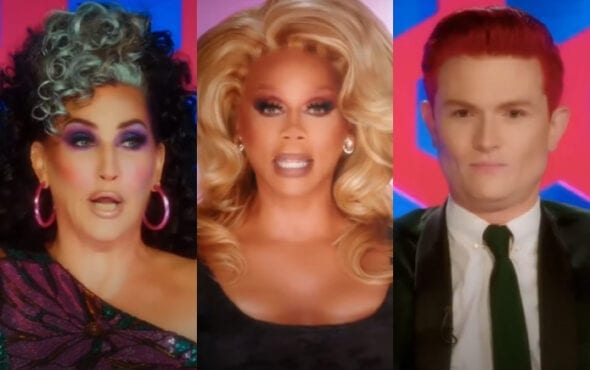 “The first costume? Yeah, that was rotten.”

Start your engines, because the first official trailer for RuPaul’s Drag Race Down Under is here.

The teaser, which starts with the Emmy Award-winning host’s signature cackle, shows the fierce new crop of Australian queens as they participate in challenges, stomp the runway and get hot under the collar over the Pit Crew.

It also introduces Rhys Nicholson as RuPaul and Michelle Visage’s new panellist, and shows RuPaul telling a contestant that her first ever runway look was “rotten”. Mama Ru isn’t holding back this season!

The series will be available in the US and select territories on WOW Presents Plus, TVNZ on New Zealand and Stan in Australia. Full availability for other countries, including the UK, will be confirmed at a later date.

Down Under will be the third iteration in the franchise with RuPaul and Michelle Visage on the judging panel after the American original and Drag Race UK. Like the latter’s first season, Down Under will run for eight episodes.

Fenton Bailey and Randy Barbato, Producers at World of Wonder, said the queens of Australia and New Zealand have “always been an inspiration” to them.

Nick Tanner, Director of Sales and Co-Productions at Passion Distribution, said: “We’re proud to bring the Drag Racephenomenon down under in an antipodean showdown for Stan and TVNZ OnDemand!

You can watch the first official trailer for Drag Race Down Under here or below.