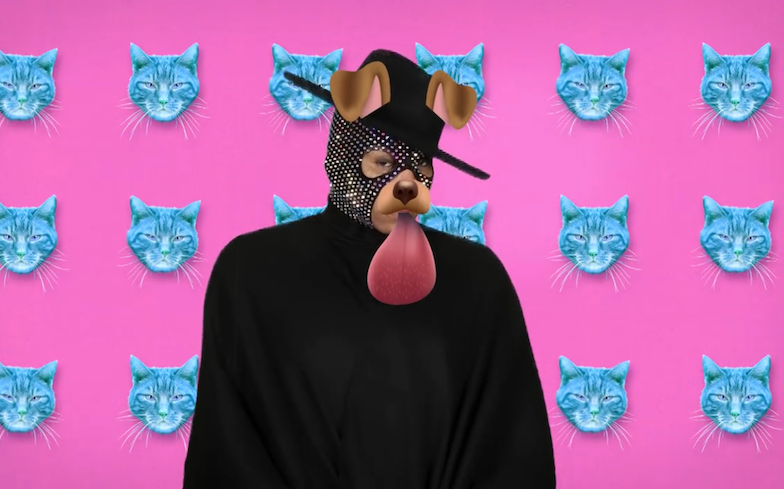 That was pretty bonkers, right?

Although this season of RuPaul’s Drag Race has been marred with a major controversy and a whole lot of uncertainty thanks to the coronavirus pandemic, season 12 came to an epic conclusion this week and crowned a winner (baby).

The finale saw the season’s top three queens – Crystal Methyd, Jaida Essence Hall and Gigi Goode – compete in a series of revolutionary lip-syncs for the crown, using innovative technology from the comfort of their own homes.

For the first round, they were tasked with delivering a neck-up only performance to RuPaul’s new single Bring Back My Girls, forcing the competitors to solely rely on – in the words of the legendary Bebe Zahara Benet – “face, face, face.”

The queens then performed a song of their own choice, with Crystal delivering one of the most bonkers moments in Drag Race HERstory as she lip-synced to Nelly Furtado’s I’m Like a Bird dressed as a bird (or two).

Gigi served Cruella De Vil on acid as she paid homage to A-Ha’s 80s classic Take on Me, while Jaida slayed the mothertucking house down in an energetic, choreo-heavy number to Ciara’s hip-hop anthem Get Up.

Ultimately, all three queens advanced to the finale, where they performed their final lip-sync smackdown to Survivor by Destiny’s Child and yes gworl, there were splits, flips, trick and so many other sickening tricks. Life was given!

In the end, it was Jaida who snatched the title of America’s Next Drag Superstar and the cash prize of $100,000 doollahz. “If you can’t love yourself, how in the hell are you gonna – LOOK OVER THERE!” she said. Best winning speech ever?

See all the best reactions to Jaida Essence Hall’s win below.

The end of a regular Drag Race season means All Stars is coming, OFFICIALLY.

Next week, Ongina, Jujubee, Mariah, India Ferrah, Alexis Mateo, Derrick Barry, Shea Coulee, Blair St. Clair, Mayhem Miller and Miz Cracker will sashay back into the werkroom for a second (or third) shot at the crown.

But if the lip-sync assassin wins, the eliminated queen will be determined after a majority vote from the rest of All Stars 5 cast, and the $10,000 will roll over until the next competitor wins a lip-sync.

This is a mothertucking gag, because it means we could possibly see the return of fierce lip-syncers such as Alyssa Edwards, Coco Montrese, Detox, Trinity K. Bonet, Manila Luzon, Raven, Kameron Michaels, Aja and Peppermint.

Watch the trailer for RuPaul’s Drag Race All Stars 5 below.