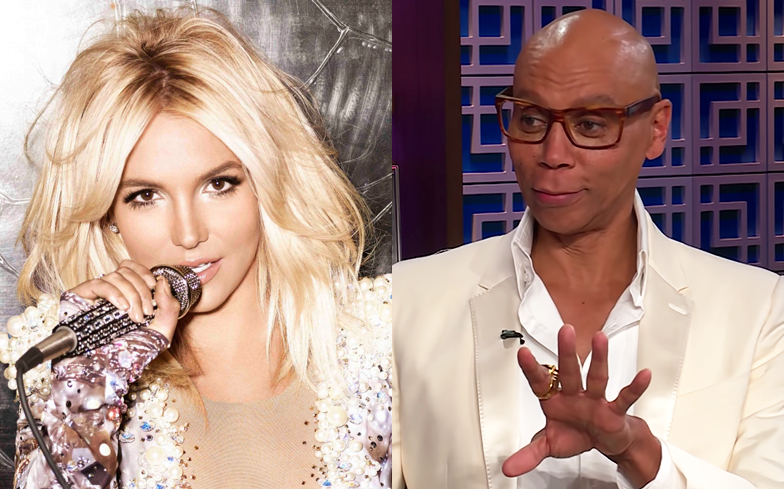 These queens better get ready to work, bitch.

Aside from the gag-worthy challenges, fierce looks, and edge-of-your-seat lip syncs one of the most exciting parts of RuPaul’s Drag Race are the celebrities that join the judging panel each episode.

After pop superstar Lady Gaga left the queens gooped on season nine, and Christina Aguilera emerged onto the runway with her iconic vocals on season 10, there are some huge boots to fill for the premiere of season 11.

So who better than another pop music legend? Like, perhaps, our very own pop princess, now queen of pop, Britney Spears?

If you think it’s unlikely, think again, as RuPaul has added fuel to the fire during an appearance on Watch What Happens Live with Andy Cohen, where he was asked if rumours of The Holy Spearit appearing on Drag Race were true.

“I cannot deny nor confirm,” he teased.

Naturally, the ambiguous response has sent fans into a frenzy, with many suggesting that his non-answer is an answer in itself – that she is indeed on the show – while others think he’s simply trying to hype up fans.

RuPaul "cannot deny nor confirm" if @britneyspears is going to be a guest judge on #DragRace Season 11! 👀 pic.twitter.com/DbZVCiz7eD

While we’ll have to wait and see if Britney will be sashaying her way down the runway, we can confirm one of the guest judges who’ll be appearing on the next season: Emmy-winner Wanda Sykes!

The actress and comedian revealed during an exclusive interview with Gay Times: “I did an episode. I don’t know if I can tell you which season. It hasn’t aired yet, but it’s coming up.”

Given that she wasn’t announced for the All Stars 4 guest judge lineup, that can only mean she’ll be appearing on season 11.

“I love Ru,” she continued. “I’ve been wanting to do this show forever, but the dates never worked out. It was so cool watching Ru work and being a part of the show. Ru is everything. It was like being a basketball player watching Michael Jordan.”