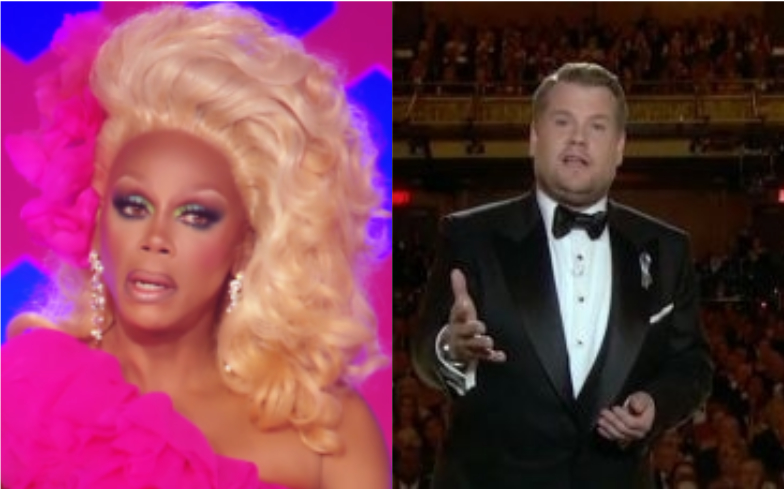 RuPaul was appearing on The Late Late Show when he made the offer.

Just in case you somehow missed the announcement, it was revealed at the the start of this month that Drag Race would be setting up shop on our shores next year.

In a video, RuPaul announced: “I am beyond excited to celebrate the massive charisma, uniqueness, nerve and talent of the Queen’s queens.”

Drag Race UK will be airing on BBC Three, with RuPaul hosting and his right-hand woman, Michelle Visage joining him on the judging panel. Applications close on January 11, 2019, and if you’re looking to apply, then just click here.

And we might already know one of the guest judges who will be appearing in the series as Mama Ru asked James Corden if he’d like to judge the show.

Corden responded positively to the question, saying that he would “love it.” Fellow guest Will Ferrell then asked Corden if he would judge the show in drag, and again Corden said: “I would love to, don’t even. I would love it.”

RuPaul also discussed the differences between European and American drag, saying: “[Drag] is a long held tradition in England. It’s a little snarkier.

“It’s a little more twist of the phrase.

“Here [in the US], the kids want to be like their favorite pop stars. In England, it’s a little different. I’m going to find out a lot more once I go there.”

And speaking about All Stars 4, which is currently airing – you can catch our latest round-up here – RuPaul was asked about how the show was different every series. “We produce the heck out of this show but when you add queens to it it’s a whole other animal into itself,” he said.

“These are people that have danced to the beat of their own drum. It’s always exciting every single time.”