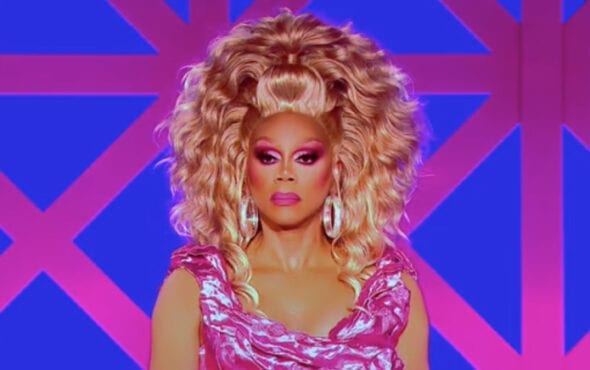 Don’t wear H&M on the Drag Race runway. Don’t even think about it.

RuPaul issued an apology to the contestants on this week’s episode of Drag Race UK.

Following the drama of last week’s episode, the eight remaining competitors were forced to sashay away from the series due to concerns over the coronavirus pandemic, and were unable to return to the werkroom until seven months later.

Sadly, Veronica Green was unable to join her sisters as she was diagnosed with COVID, with RuPaul telling the contestants that she has an open invitation for the upcoming third season. Her departure resulted in Joe Black, who was controversially eliminated in last place, making a triumphant comeback.

During critiques, RuPaul lost her temper with Joe after the entertainer told Michelle Visage that her outfit in the performance was from… H&M.

Her confession was met with discontent from RuPaul, who responded: “That outfit off the rack was a huge disappointment to me. That’s what everyday people do, and you should know that because you are a star. This goes to all of you up here: if it is from H&M then you better glitter the fuck out of it and make it something special.

“We’re looking for Great Britain’s Next Superstar, don’t waste my time. I don’t wanna see any fucking H&M. What say you, Joe Black?”

After Joe responded that her other looks were “too old looking,” Ru added: “I came all the way across the pond. I want more. Is that asking for too much? I don’t think so. It’s the biggest stage for drag in the world. This is the Eurovision of drag.”

Following Untucked and the judges’ deliberations, Ru apologised to the contestants for her unexpected back-and-forth with Joe, which is – let’s face it – already iconic. “I want you to know that if I was little too hard on you earlier, it’s because I see so much potential in each of you. And if nothing else, these times have taught us to seize the day. Carpe diem, darling!” said the Emmy-winning host.

“Look around you, look at the past winners, look at what you are doing right now and make it happen. Plus, Mama Ru was locked up in quarantine for two weeks, so that might have a little something to do with it…”

Joe ended up sashaying away from the series for a second time after battling it out on the main stage with her Banana Drama sister, Tia, to the beat of The Communards’ classic version of Don’t Leave Me This Way.

Next week, the top seven queens will flex their celebrity impressions for Snatch Game! Although she’s not much of a gamer, as witnessed from her iconic run on Celebrity Big Brother, Gemma Collins will join the queens for the classic challenge.