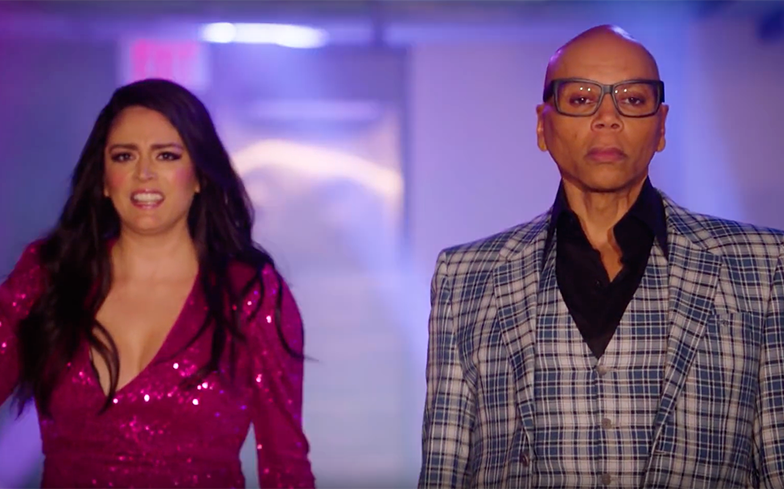 RuPaul teaches Cecily Strong how to Sissy That Walk in a brand new promo for his SNL debut.

In the short clip, Cecily – who previously guest starred on the fourth season of Drag Race All Stars as a mentor for the Lady Bunny roast – tries to impress Ru with a sequins “writing dress” before they sashay and shantay into the studio.

They then come across Beck Bennett eating a pizza that J.J. Watt left in his dressing room, which prompts RuPaul to ask, “What’s a J.J. Watt, baby?” Beck answers: “Every day is a chance to grow.” (We’re confused too.)

RuPaul will be making his debut on the series this Saturday (8 February) alongside Justin Bieber (what a combo, eh?) to promote the highly-anticipated 12th season of Drag Race and his brand new Netflix series, AJ and the Queen.