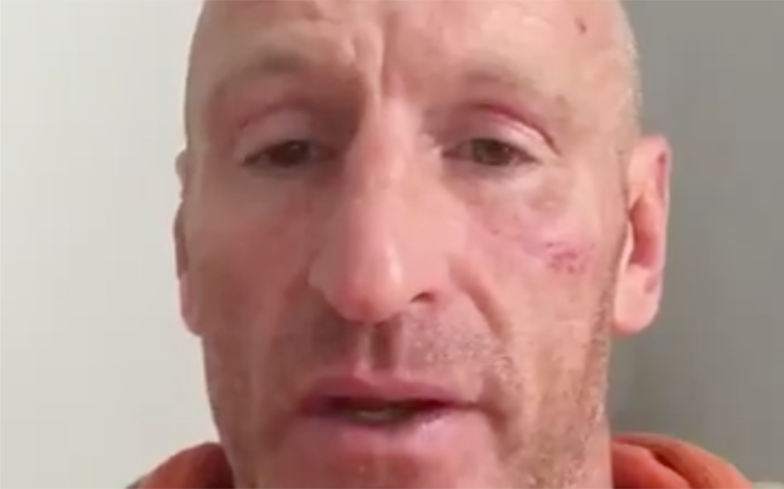 Former Wales rugby player Gareth Thomas has revealed he was the victim of a homophobic attack in Cardiff.

The 44-year-old sports star, who came out as gay in December 2009, posted a video to Twitter shortly after.

“This morning I have decided to make what I hope will be a positive video,” he told his followers, with visible bruises on his face. “Last night I was the victim in my home city of a hate crime for my sexuality.

Shortly after, South Wales Police said a 16-year-old boy apologised to Thomas after he was apprehended.

“We are aware that a video has been posted on social media by former rugby international Gareth Thomas in relation to a hate crime which happened on The Hayes in Cardiff city centre on Friday November 16,” they said in a statement.

“We can confirm a local 16-year-old boy was dealt with by way of restorative justice following the incident at around 9pm.

“Restorative justice was at the request of Mr Thomas and accepted by the teenager who admitted assault and was apologetic for his actions.”

After Thomas came out in 2009, he was voted the most influential gay person in the UK and and received Stonewall’s Hero of the Year award.