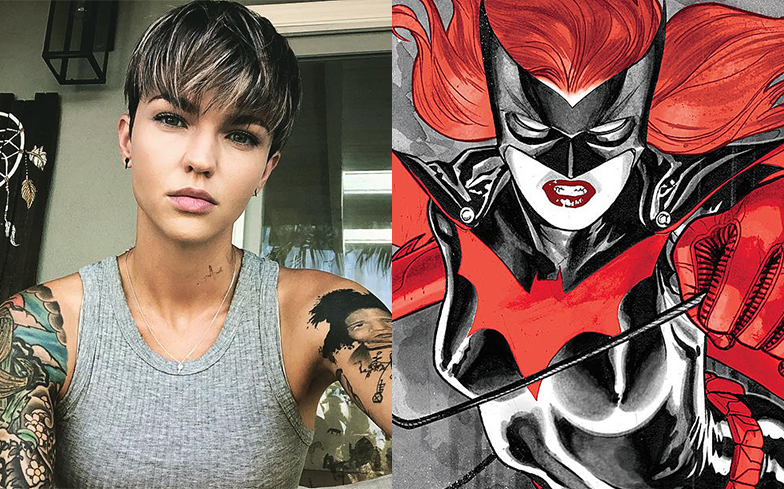 Get ready to meet your new Batwoman.

Ruby Rose, who shot to worldwide fame after appearing as Stella on prison drama Orange Is The New Black, has been announced as the woman behind the mask for The CW’s upcoming Batwoman series.

She’ll make her first appearance as the famed DC Comics superhero in The CW’s annual Arrowverse crossover event this December, and is expected to front a standalone Batwoman series next year.

The news is especially exciting as Ruby identifies as gay and genderfluid, meaning a queer actor has been cast to play a queer character, which is unfortunately still a rare occurrence in Hollywood.

Staying true to her depiction in the comics, Batwoman’s primary identity will be a lesbian called Kate Kane, so if the standalone series goes ahead it will be the first live-action superhero series with an openly gay lead character. “The Bat is out of the bag and I am beyond thrilled and honoured,” Ruby wrote in a post on Instagram.

“I’m also an emotional wreck because this is a childhood dream. This is something I would have died to have seen on TV when I was a young member of the LGBT community who never felt represented on TV and felt alone and different.”

Caroline Dries, known for her work on The Vampire Diaries and Smallville, is expected to pen the script, while TV mastermind Greg Berlanti will executive produce alongside Sarah Schechter and Geoff Johns.

“CW is so badass for taking on Batwoman,” said Caroline, who herself identifies as a lesbian.

“Grateful to the DC comics writers for reviving this hero and giving us a fun and complicated hero who reflects so many of us. Thrilled I get to do this with Greg, Sarah, Geoff and out future Kate Kane.”

The CW has provided plenty of LGBTQ representation with their DC Universe TV series over recent years, including Sara Lance on Legend Of Tomorrow, Alex Danvers on Supergirl, and Central City PD Captain David Singh on The Flash.

The scene was especially significant as not only was it a kiss between two gay superheroes on a popular primetime TV show, the characters were also both played by openly gay actors.