Ross Matthews: ‘Fans will be surprised who steps it up on Drag Race All Stars 4’ 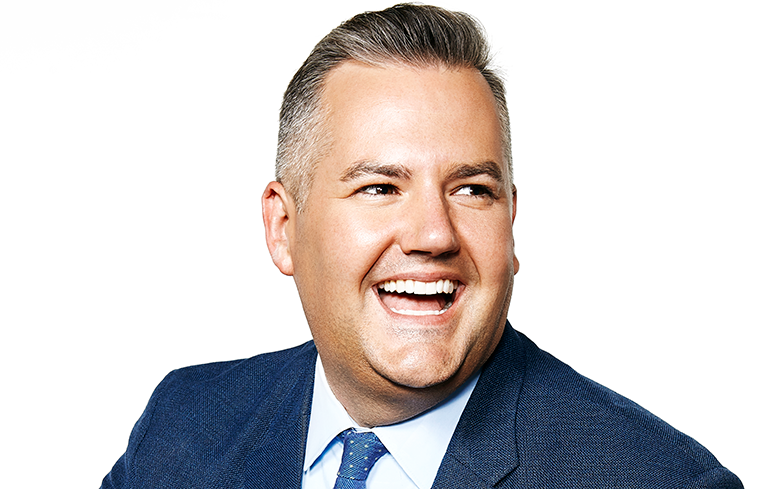 “I don’t go blue, I don’t go there. I cleanse the palette between them. I come out like an amuse-bouche from the chef.”

Next month, RuPaul’s Drag Race will air its highly-anticipated fourth instalment of All Stars.

It will also be Ross Matthews’ seventh time as a regular judge, after officially joining the panel in the show’s seventh season.

We caught up with the American comedian behind-the-scenes of Klub Kids’ Roast Battle, and discussed the difference between UK and US Drag Race fans, Shangela’s defeat at the hands of Trixie and All Stars 4…

What is your favourite part about visiting the UK?
I love that I speak the language. I’m fluent. It feels very familiar, but super different as well to America. I’ve been here a bunch, but this is the first time that I’m performing in the UK, which is so fun because usually I just come to have a giggle. It’s been wonderful to meet all of the audience, to meet the fans of Drag Race. We just make this little show in a soundstage in the valley, in Los Angeles, so to think that it resonates so far away from home is amazing.

What is the biggest different between US and UK Drag Race fans?
I think a show like Roast Battles is very well suited for UK audiences, because there is nobody uptight at the shows here [laughs]. In the States, God Bless, you get a person or two in a region or two who have a stick up their ass. In the UK, it feels like you can say anything and that’s what a Roast Battle is all about.

Our sense of humour is quite dark here in the UK.
You’re all filthy! No, you can appreciate a joke, no matter how blue the queens go. Now listen, I don’t go blue, I don’t go there. I cleanse the palette between them. I come out like an amuse-bouche from the chef, where it’s like, ‘Oh that’s nice, what’s next?’ I’m the coffee-bean at the cologne counter. Do they have that here? It cleans your nose out. Google it.

You’ve been on Drag Race since season seven. What do you think has been the most iconic moment so far?
Oh my god, there’s so many… Valentina’s mask. Shangela not winning All Stars, not advancing…

Was that a major shock for you?
Of course. I love Trixie, I love Kennedy of course, but it wasn’t even that Shangela didn’t win that shocked, it’s that she didn’t advance. She had earned a spot in that final, and the fact that she wasn’t given that was really disappointing.

So have there been moments on the panel where you thought, ‘Erm…’?
No. Just that, because Ru wasn’t in charge. Ru at the end of the day, makes the call, and I respect whatever Ru does. Sometimes you see me argue in one way or another, and Ru makes the ultimate decision and she’s always right so I defer to her. In that distance, it was some jaded queens – who I love – making a jaded, bitter decision.

What do you think is the biggest lie or myth among Drag Race fans?
That it is rigged in any way. There is no rigged going on. We go in every week with an open mind, and it’s just, ‘Ladies, show us what you’ve got, take your best swing at it.’ All we can do, the same thing you guys do as fans, is judge what you see, right? How is that rigged?

There’s a big social following, especially on Reddit. Now, what’s the biggest lie you’ve read about yourself?
Oh, no one talks about me! Which is fine. Keep it that way. It is fun to see people speculate about who will be on what season, what will happen… People are certain that they know things. Certain! And it’s fun to know when they’re wrong. It’s kinda fun when you’re reading and you’re like, ‘Alright FredBoy242, super duper!’

On All Stars 4, there are few unexpected queens like Manila and Latrice. What were your thoughts on them coming back?
I thought, ‘How exciting.’ To quote Ru: “Everyone should step their pussies up.” Right? I mean, how exciting? On All Stars, you want All Stars, and I think when you go down this list there’s not a clunker in there. Don’t you want to see what each one of these queens is going to bring?

Is there any T you can tell us about All Stars 4?
Okay, this is an exclusive… I’m going to look gorgeous in every episode. And you can print that. I can’t! As a fan, I wouldn’t wanna ruin anything. A spoiler would ruin the whole thing, so I don’t wanna do that to the fans.

Drag Race All Stars 4 airs 14 December on VH1, one week after a very special instalment titled Drag Race Holi-Slay Spectacular, which will bring together eight of the show’s favourite contestants.