Rose McGowan wants to return to Charmed with Shannen Doherty 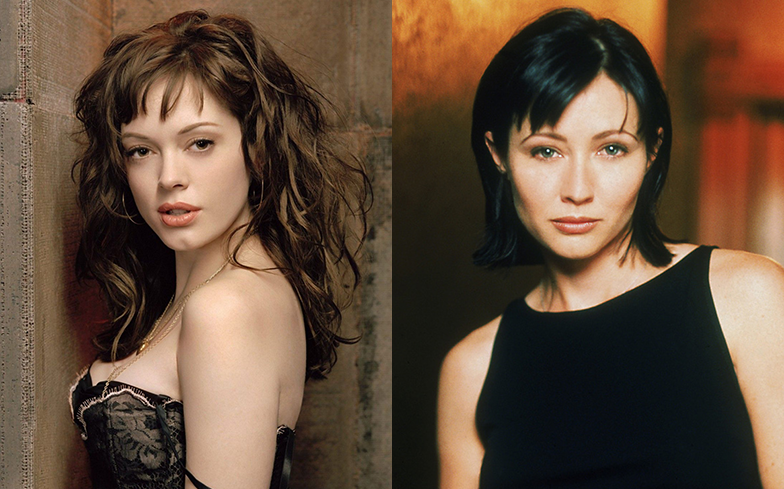 A Charmed revival with the original stars is looking more like a possibility.

Last week at the Paris Manga & Sci-Fi Show, Rose McGowan – who played Paige Matthews from season four until season eight – was questioned by a fan if she would ever return to the critically-acclaimed fantasy series.

“That’s a really hard one, I think I would if it was a limited series, like maybe Netflix or Amazon or eight episodes, that would be amazing,” she revealed, before adding: “I would hope that Shannen Doherty would be in it too.”

Doherty starred as Prue Halliwell, the third and oldest sister who was controversially killed in the season three finale as a result of on-set disputes. She was replaced with McGowan’s character, their long lost sister.

Even though the show made it a habit of bringing back deceased characters (Patty, Grams, Cole), Prue never returned, which meant that Doherty and McGowan never shared a scene together.

But would Doherty return? Last year, she joked that she wouldn’t want to be known as the “reboot queen” due to her comeback on the Heathers spin-off series and the revival of Beverley Hills, 90210.

Fellow star Holly Marie Combs, who played Piper Halliwell for its entire eight season run, sent fans into meltdown mode last year when she said a ninth season wasn’t a possibility, but a movie with the original cast isn’t out of the question.

Brian Krause – who played Leo Wyatt on the series – agreed with Combs and claimed it’s “possible”.

Combs recently reunited with Alyssa Milano (Phoebe Halliwell) on the 16th season of Grey’s Anatomy and played the sisters (once again) of a patient who becomes braindead after an accident at a construction site – watch here.

Here’s hoping we see all four on the same screen one day, eh?