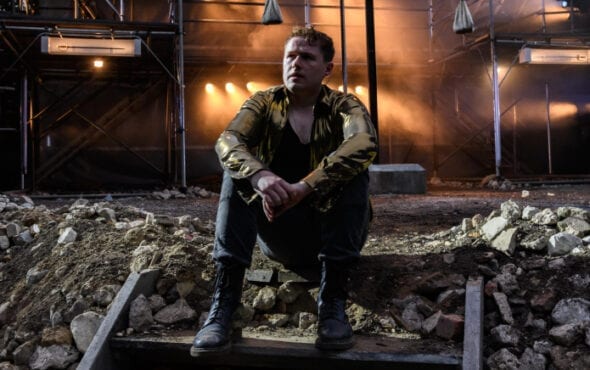 If any play doesn’t need an introduction, it’s this one – most of us here in the UK will have probably studied the text in school at some point, or at least seen a performance or film adaptation. Set in fair Verona, it tells the story of star-crossed lovers Romeo and Juliet, who fall in love against the backdrop of their feuding families, the Montagues and Capulets. The play normally passes at a punchy pace but this new production intensifies proceedings by cutting the length to 110 minutes and running without an interval.

It’s been nearly two years since we were last at the Open Air Theatre in Regent’s Park, and it’s lovely to be reminded of just what a charming venue it really is. Even with reduced capacity and Covid restrictions in place, the experience still feels quite magical, especially watching the events of the play unfold as day turns into night. There are of course perils of outside performance – we experienced a poorly-timed helicopter passing overhead during a particularly poignant moment – but for the most part we really enjoy spending an evening at this venue.

Onto the play itself and it’s quite a bold re-imagining of this show. Proceedings unfold on a large triangular scaffold, not dissimilar to Glastonbury’s Pyramid Stage, which is so vast at times it feels like it’s swallowing the performance. The update of the masked ball scene into a modern choreographed dance routine is visually striking, but pulls focus away from Romeo and Juliet as they fall in love. The scale works well in certain circumstances – the atmosphere is electric as things begin to kick off between Romeo, Tybalt and Mercutio – but unfortunately this isn’t always the case. 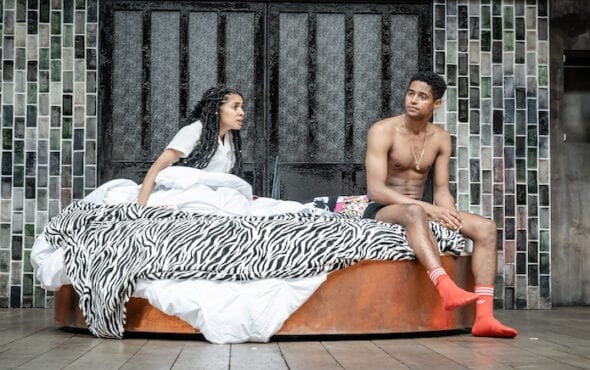 The Globe’s Romeo and Juliet is a bold, bleak re-staging – review

In terms of performances, we were individually impressed by Romeo (Joel MacCormack) and Juliet (Isabel Adomakoh Young) but we didn’t really buy into the chemistry between the pair. We were quite taken with Cavan Clarke’s turn as Mercutio – he really lights up the stage and his presence is sorely missed in the latter scenes of the play.

On balance we enjoyed our time with Romeo and Juliet – it is of course one of the all-time great plays and the venue itself is a wonderful place to spend an evening. Not everything in this experimental new staging works effectively, but there’s enough here to ensure the 110 minutes pass enjoyably enough.