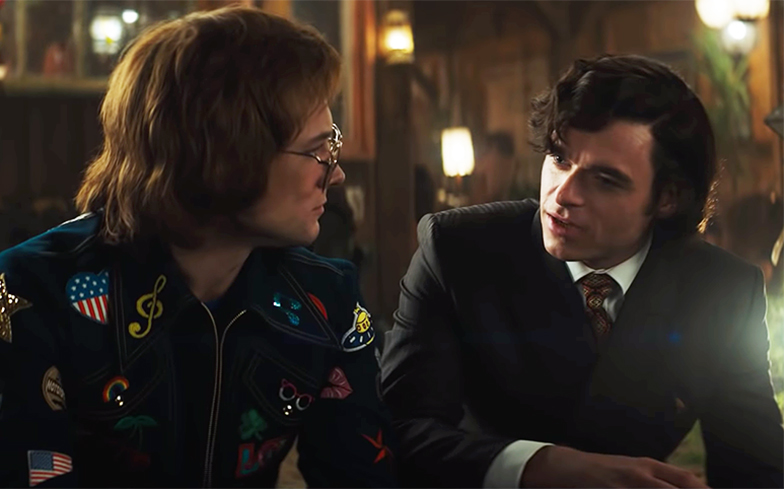 Rocketman’s director has denied that gay sex scenes have been cut from the movie.

Based on the life of legendary musician Elton John, the upcoming “fantasy musical” will focus on his early years in the music industry, his rise at the Royal Academy of Music, and his experiences with fame, sexuality and drug abuse.

Last week, it was reported by the Daily Mail that Paramount Pictures had demanded a 40-second scene, which featured the two male lead stars naked in bed together, be cut from the film in order to achieve a lower age rating in cinemas.

But those claims have now been dashed by the film’s director Dexter Fletcher, who dismissed them as “nothing but rumours” and promised that the final film won’t hold back when it comes to Elton’s life.

“Seeing much speculation about ROCKETMAN!! That’s good! It’s still unfinished so it’s nothing but rumours,” he said.

“It has and always will be the no holds barred, musical fantasy that Paramount and producers passionately support and believe in. See for yourself May 24.”

Seeing much speculation about ROCKETMAN!! That’s good! It’s still unfinished so it’s nothing but rumors. It has and always will be the no holds barred, musical fantasy that Paramount and producers passionately support and believe in. See for yourself May 24. Dx x

In a recent interview, Taron revealed that he and Richard have some seriously intimate moments in the film, which is presumably what was rumoured to be cut.

“I probably shouldn’t be telling you this but we have a sex scene. We went to some places together and got quite physical. I’ve watched it back and I think it looks great,” he said.

“The grown-up nature of the film, combined with it being a musical, makes it feel quite zeitgeisty. I don’t know if I’m allowed to say this but it’s basically about Elton in rehab, so we’re not watering anything down.”

Elton himself was previously reported to have told film-makers that nothing should be off-limits in the film, saying: “Tell it all. Go as R-rated as you need to.”