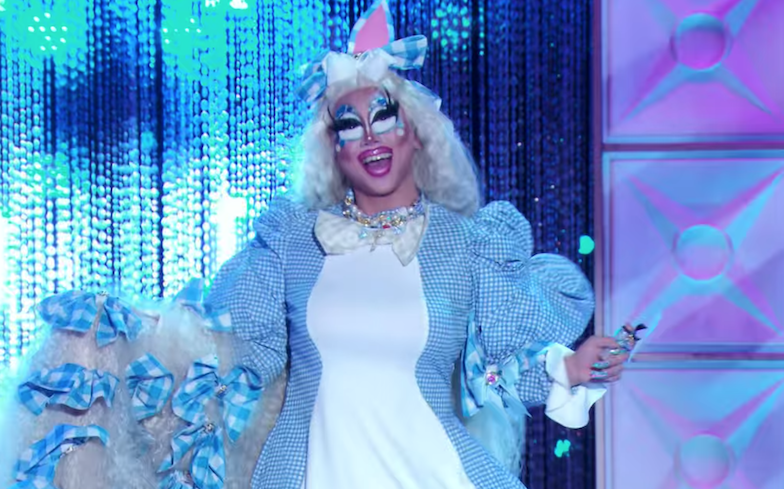 Surely with the coronavirus pandemic plaguing the world right now, RuPaul’s Drag Race fans would have something better to do than hurl unnecessary hurtful comments at our new crop of queens? Apparently… not.

Rock M. Sakura has become the latest victim of online abuse, with a select few criticising her storyline on the current season.

The San Francisco-based performer has provided viewers with some hilarious moments throughout her two episodes, such as her entrance in the werkroom, her performance in You Don’t Know Me and the World’s Worst challenge.

Oh and her runways? We’re obsessed. Rock is giving us everything we need in this global crisis tbh.

However, a small majority of viewers have criticised the star for ‘crying to get further’ in the competition. Earlier this week, Rock addressed her followers on Twitter and said the comments have ‘messed’ with her. Not surprising, seeing as how she’s HUMAN.

She wrote: “Comments that say that you cry to get farther, you’re only doing it for sympathy, or for a story line really mess with me. It’s already hard for someone to cry who doesnt believe they deserve to.

Rock received an outpour of love and support from fans, with many sharing that it’s normal to be emotional, especially in a unique environment that tests every part of your sanity (and charisma, uniqueness, nerve and talent).

“Ppl need to get comfortable with emotion and not try to find ways to silence it,” wrote one fan.

“Your tears are real, they’re valid, and they only make you stronger. For every damaging comment frm ppl trying to cut you down, please know that there’s a million of us who would hug you if we could.”

Another said: “Dont listen to others! I know its hard but the only opinion that matter is one own opinion about oneself! Be true to yourself. Then tune out the naysayers! I also shed a tear when you were honest with the other contestants.”