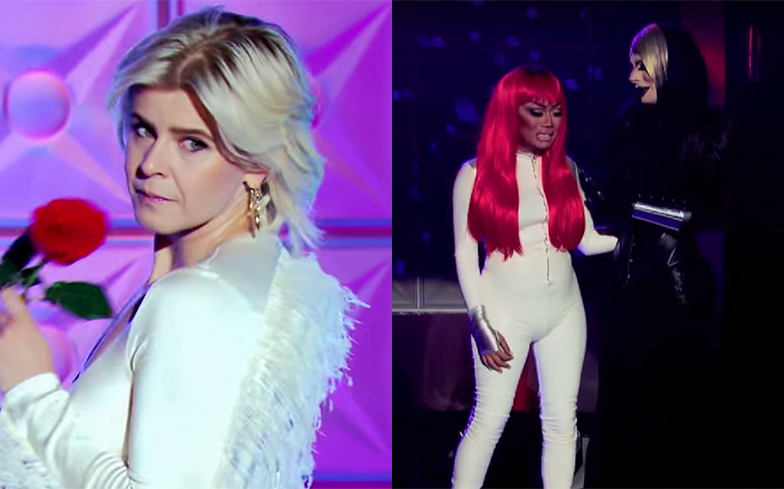 Robyn has shared her thoughts on Raven and Jujubee’s iconic lip sync to Dancing on My Own.

The legendary queens faced off to the emotional dance anthem in the first season of Drag Race All Stars, and broke down in each other’s arms because of their strong bond. It has since been hailed as one of the best lip syncs in the show’s HERstory.

Speaking to Entertainment Weekly, the Sweden songstress admitted that she’s only seen it once, but offered it watch it again to give them commentary – and like we said in our headline, the results were everything.

“Oh my God, it’s good. I love that they’re already crying, they’re getting into it. I’m getting chills,” she hilariously said. “I love that they’re hugging, that my song is making them hug! It doesn’t feel like a battle, it feels like they’re supporting each other.”

However… Robyn had one critique.

“I would’ve loved after the line ‘I’m just gonna dance all night,’ I wish they would’ve danced a little bit there, that would’ve been so nice,” she explained. “But, I just think it’s the sweetest performance ever.”

She added: “I love that they’re supporting each other…. it’s in the spirit of the song!”

“RuPaul is special, and so are the contestants,” she responded after EW asked why she agreed to appear on the show. “What really makes it an important show is that RuPaul has decided to protect the culture that he comes from.

“It’s a commercial show and it has been very successful, but I think he’s been open to the community while he’s doing it. He’s aware, he’s smart, and he talks about the issues that concern the community. I could feel that when I was on the show.”

For this week’s maxi-challenge, the queens will write and perform a Fosse-inspired jazz number. Here’s hoping the queens will lip sync to one of Robyn’s iconic bops – we have our fingers crossed for Call Your Girlfriend.