Riverdale will have “no connection” to the upcoming Sabrina reboot 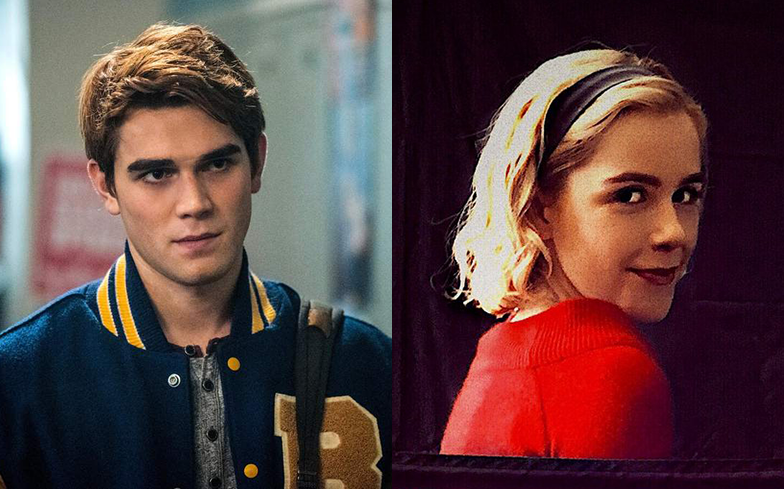 The CW has confirmed that Riverdale and the upcoming Sabrina reboot will not cross over.

Both series are properties of Archie Comics and boast the same showrunner, production team and were developed by the same network, but will be completely separate.

President of The CW, Mark Pedowitz, broke the news at the Television Critics Association summer 2018 press tour and told reporters that there will be “no connection at all”.

Roberto Aguirre-Sacasa – showrunner for both series – later echoed Pedowitz’s comments and stated: “I think right now we’re just making sure that the shows have their own identities and own set of rules.”

He also revealed that a Riverdale spin-off is being discussed, which is “still early on in the process” and will be “very different”.

Pedowitz added: “I’m waiting to hear what Roberto has in mind. He is thinking about something, but there will be no cross connection right now with Sabrina at all.”

The Sabrina reboot – titled Chilling Adventures of Sabrina – will have its Netflix premiere on 26 October.

The dark, Buffy-esque take on everyone’s favourite Archie Comics witch will include familiar characters – such as Harvey and Salem – but in a brand new setting. Instead of Boston, Massachusetts, Chilling Adventures will be set in Greendale.

“We’re all such huge fans of Kiernan’s work, that when we started talking about who this new incarnation of Sabrina could be, her name was on everyone’s wish list,” said Aguirre-Sacasa.

Goldwater added: “I am thrilled that Kiernan is playing Sabrina and have no doubt that she will embody the strength, courage and boldness that has made the character a fan favourite.”