Riverdale teases trouble ahead for same-sex couple Kevin and Moose 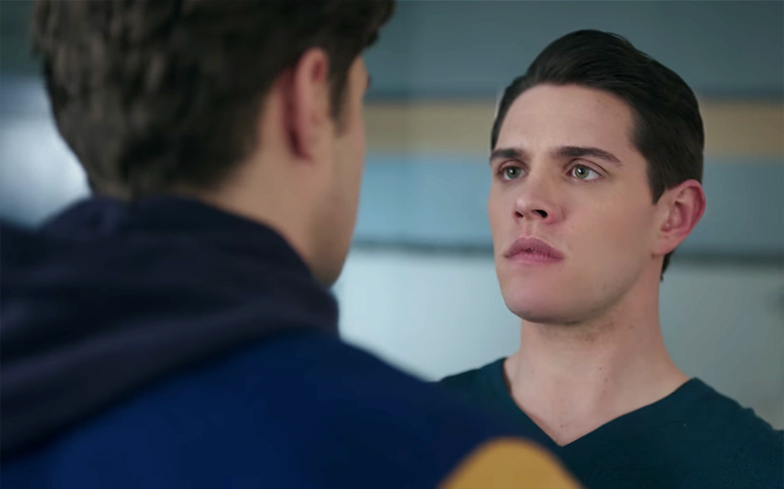 They’ve only just got together, but it looks like Kevin and Moose have trouble ahead.

Popular teen show Riverdale, which is based on the classic Archie Comics characters, first introduced us to gay high schooler Kevin Keller as he was hooking up with closeted jock Moose in the woods… right before they found a dead body in the river.

When we last saw them together in the season two finale, the two men shared a passionate kiss following the shocking death of Moose’s girlfriend Midge, leaving the door wide open for a potential relationship in the future.

Fast forward to the first episode of season three, which aired last week, and the pair have spent the summer together. While they were only on screen for around 30 seconds, but that was enough time for them to make a deal to lose their virginity.

“You know those movies where friends make a pact to lose their virginity by the end of the school year?” Kevin asked a slightly bemused Moose.

“I’ve been thinking, since we’ve been hanging out all summer, maybe we should make a similar pact of our own, but on a slightly accelerated timetable. Like, by Halloween, at the latest.”

Who says romance is dead?

But despite the future for Kevin and Moose looking hopeful, a newly-revealed synopsis for the second episode of season three suggests that things aren’t going to be as smooth as fans had hoped.

“After a gruesome discovery is made in the forest, Jughead and Betty team up to investigate Riverdale’s latest mystery. As Archie navigates his new surroundings, Veronica devises a plan to bring a bit of home to him. Elsewhere, when Moose decides to join the RROTC, Kevin worries he may be pulling away from him,” the synopsis reads.

We’re not sure what the RROTC is, exactly, but fans have suggested it could stand for Riverdale Reserve Officers’ Training Corps. Whatever it means, it sounds like things are going to be bumpy for the show’s only male same-sex couple.

Casey Cott confirmed earlier this year that his character Kevin would be in a relationship with Moose during the upcoming third season of the show, although he warned that it will be “complicated” by Moose still being in the closet.

Kevin and Moose are one of two same-sex couples to feature on Riverdale’s third season, as the recently loved up Choni – that’s Cheryl Blossom and Toni Topaz, for the uninitiated – are expected to develop their relationship in future episodes.